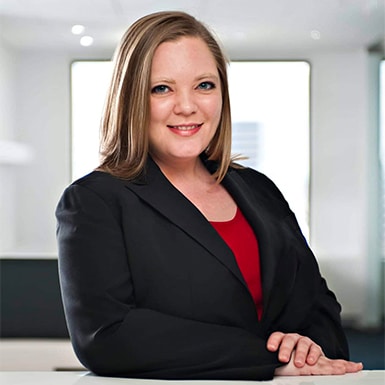 Madeline E. (Molly) McNeeley advocates for individuals and families in products liability, wrongful death, catastrophic personal injury, appellate, and other civil litigation.  Molly joined HLM as an associate in 2011 after clerking for the Hon. Peter T. Fay of the U.S. Court of Appeals for the Eleventh Circuit and serving a term as a staff attorney to the Eleventh Circuit.

She has won multiple multimillion-dollar judgments for victims of serious injury.  Her litigation experience includes successfully appealing the grant of summary judgment to a defendant in her first solo appeal, positioning the trial team to go on to obtain an $8 million verdict in the case.

Molly is a 2016-2017 graduate of the Georgia Trial Lawyers Association’s LEAD Program, a selective, widely acclaimed program that identifies and trains young, promising trial lawyers for future leadership roles in GTLA and their communities.  She has published extensively in both academic and practice-oriented publications in the fields of law, survey methodology, and psychology.

She is admitted to practice in all state courts of Tennessee and Georgia, all U.S. District Courts in Georgia, and the U.S. Courts of Appeals for the 4th and 11th Circuits.