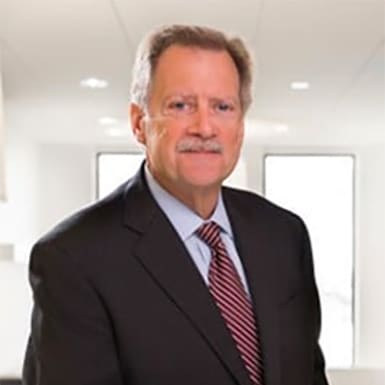 Bill has earned Martindale-Hubbell’s “preeminent” rating and has been recognized in Super Lawyers every year since 2004, including six times in the Top 100 in Georgia. He is a member of the Georgia Trial Lawyers Association, American Association for Justice and the American Bar Association.

During law school, Bill worked part-time for several Atlanta law firms, and would often slip into courtrooms to watch trial proceedings. That spurred his interest in litigation. After law school, he practiced in a medical malpractice defense firm before realizing his passion for representing victims in personal injury cases.

Among the many cases Bill has litigated, the one he remembers the most is the case of a young woman with cerebral palsy for whom he won $200,000 from insurers. He showed that her condition was caused by a delayed delivery and not an infection as the doctor said at her birth. The appellate court decision confirming the recovery said “the sun never sets on fraud.”

Bill was a named partner in several law firms before joining HLM. He received an economics degree from Vanderbilt University and his law degree from Emory University. He is often a speaker at legal seminars and frequently mediates medical malpractice and other tort cases.

Before law school, Bill worked as a businessman in New York. He was born in Louisville, Kentucky, and he lives in Atlanta and Daniel Island, South Carolina. He is married and has four daughters.