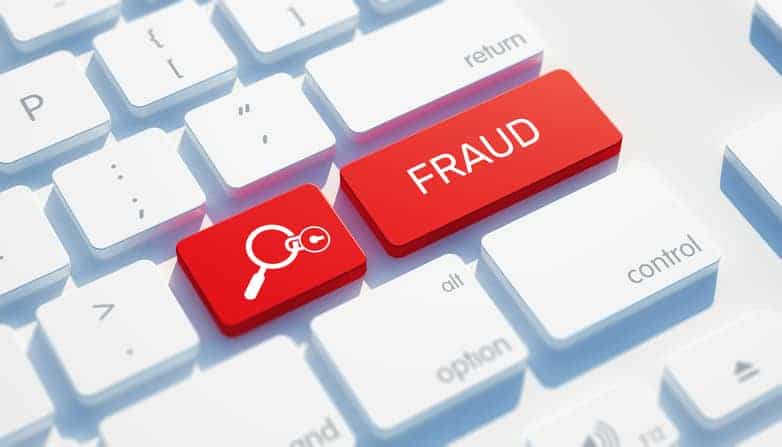 Assistance for whistleblowers documenting fraud regarding PPP and SBA loans

The federal government’s $2 trillion Coronavirus Aid, Relief, and Economic Security (CARES) Act included programs designed to help individuals and small businesses: direct payments for taxpayers, additional money for unemployment insurance, money for hospitals and local governments, and billions for loans and grants. One such program is the billion Paycheck Protection Program (PPP), designed to help businesses keep employees on their payrolls for the duration of the economic shutdown.

While we believe most Americans will do the right thing, history proves that there are those who will take advantage of these loans and grants. Defrauding the government is illegal, and whistleblowers who expose such fraud may be entitled to compensation through the False Claims Act. The Georgia qui tam attorneys of Harris Lowry Manton LLP represent whistleblowers who have procured evidence of individuals, organizations, and business which are defrauding the government. Contact us in Atlanta or Savannah to discuss your qui tam case with an attorney.

How does a qui tam claim work?

Often, qui tam actions are filed to disclose fraud involving agencies and issues such as:

Recent qui tam actions include exposure of 3M’s coverup involving defective earplugs being sold to the government for our soldiers, and Insys Therapeutics’ kickback scheme involving the sale of its signature opioid drug, Subsys.

What is the CARES Act?

The CARES Act is a stimulus program designed to both protect the American workforce, and to help reduce the economic damage the COVID-19 pandemic has and will continue to cause. The Act contains multiple provisions and programs designed to address immediate needs, such as:

The act also includes a new program, the Federal Pandemic Unemployment Compensation (FPUC) program, which increases the amount of money a person can seek through each state’s unemployment insurance, and which allows workers who are not normally eligible for unemployment to apply.

What the CARES Act is doing for businesses

The CARES Act also includes the Paycheck Protection Program, a Small Business Administration (SBA) “loan designed to provide a direct incentive for small businesses to keep their workers on the payroll.” Per the SBA’s website, the following companies and individuals may be eligible for PPP loans if their businesses have been affected by coronavirus:

The SBA has already started accepting applications for the loan, and has waived the usual requirement that businesses attempt to secure a loan through other sources (called the “Credit Elsewhere” requirement) before applying. You can find more information here.

The program is capped at $350 billion to cover all businesses throughout the country, and businesses are capped at $10 million in loans.

What makes the PPP different from other small business loans is that borrowers can have their loans forgiven completely “if the funds are used for payroll costs, interest on mortgages, rent, and utilities,” provided that at least 75% of the entirety of the loan went towards payroll. The loan is essentially converted into a grant, provided borrowers follow the rules. “Forgiveness is based on the employer maintaining or quickly rehiring employees and maintaining salary levels. Forgiveness will be reduced if full-time headcount declines, or if salaries and wages decrease.”

Why fraud is likely when it comes to PPP loans

PPP loans are based on how much a company made and spent the previous year. However, there are ways for dishonest companies to “stretch” the amount of money they need now. Such acts of fraud could include:

The U.S. Department of Labor has issued guidance about attempts to defraud the government through the U.S. Department of Labor, stating “An individual who has committed fraud and was subsequently disqualified for a week that included a payment of FPUC is therefore ineligible for additional FPUC in accordance with the provisions of the applicable state UC law relating to fraud in connection with a claim for UC and is subject to prosecution under 18 U.S.C. §1001.”

However, because unemployment insurance is issued through each state’s specific program, the penalties will be handled by the state. Per the Georgia Department of Labor:

[I]ndividuals who knowingly make false statements, misrepresent or omit material facts, or knowingly accept benefits to which they are not entitled lose the right to future unemployment benefits for up to 15 months and are subject to criminal and civil legal actions and fines.

Individuals who commit fraud are liable for the total amount of improperly paid benefits plus penalties and interest. A penalty of 15 percent will be added to, and become part of, the overpayment amount. Interest of one percent per month (or any fraction of a month) shall accrue until the overpayment (including the penalty) is repaid. Penalty amounts will not be waived.

State officials who use money meant for unemployment insurance in other ways, such as to address their own budget shortfalls, or who are caught abusing the system in any way, could be subject to additional fines and penalties, including incarceration.

Other government programs which could be defrauded

Any businesses which submit false information in order to secure a forgivable PPP loan through the SBA could be liable for civil penalties and, potentially, treble damages.

Bringing a qui tam action against a company or business can be a challenge, especially because they so often rely on confidentiality. Furthermore, you cannot bring a qui tam action if another party has filed a lawsuit under the False Claims Act with the same evidence. You have six years from the date of the violation to bring a claim, or three years from the date that the government knew or reasonably should have known that a violation occurred. If the fraud was against a state agency, you have to file in state court, but claims involving federal agencies are heard in federal court, so you need a qui tam lawyer who can practice in either, depending on the nature of the action.

Qui tam actions are often more effective when the whistleblower (or “relator”) still works for the employer who is defrauding the government, because that relator may be more able to access important evidence. However, it is not required that you are or remain employed by the fraudulent company.

How does the qui tam process work?

First, a relator meets with an attorney, who then files the lawsuit under the False Claims Act. Then, the lawsuit is filed in federal district court under seal, to ensure it is kept confidential. The Department of Justice (DOJ) investigates the claim and determines whether it will pursue a case. If it does, the suit is unsealed, and it becomes public knowledge. If the DOJ passes on the lawsuit, then the relator needs to decide whether he/she will pursue a claim on his/her own.

How much compensation is awarded in successful qui tam claims?

Relators are generally awarded between 15% and 25% of the monies collected by the government, if the government pursues the case. If the relator continues with the suit on his or her own, the award is generally between 25% and 30%.

For a claim that proves your employer has defrauded the government out of $10 million (the maximum amount of the PPP loan):

How are relators protected under the law?

The False Claims Act prohibits companies and entities from retaliating against relators, under 31 U.S. Code § 3730:

2. Relief. -
Relief under paragraph (1) shall include reinstatement with the same seniority status that employee, contractor, or agent would have had but for the discrimination, 2 times the amount of back pay, interest on the back pay, and compensation for any special damages sustained as a result of the discrimination, including litigation costs and reasonable attorneys’ fees. An action under this subsection may be brought in the appropriate district court of the United States for the relief provided in this subsection.

Georgia has its own set of whistleblower protection laws, but they are more limited in scope. If you were wrongfully terminated, suspended, disciplined, demoted, or otherwise harmed, speak with a Georgia qui tam attorney right away to learn about your options.

Harris Lowry Manton LLPs has dedicated itself to protecting the rights of clients throughout the state. If you believe that your employer is defrauding the federal Paycheck Protection Program, the Small Business Administration, the Federal Pandemic Unemployment Compensation program, or any federal or state program designed to help people during the coronavirus outbreak, we want to help.