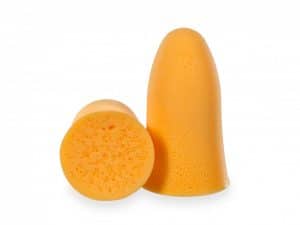 The 3M Company was the subject of a groundbreaking product liability lawsuit in May 2016 involving competing earplug manufacturer Moldex-Metric Inc. In the lawsuit, which was filed in U.S. District Court for the District of South Carolina, the Defendant (3M) was accused by the Plaintiff of selling defective earplugs to the U.S. government from 2013 to 2015 for use by U.S. military personnel.

According to the allegations in the lawsuit, 3M not only sold the defective earplugs to the government, but also knew they were defective when they were sold.

The lawsuit describes the earplugs as standard issued dual-ended Combat Arms™ brand earplugs provided to various branches of the armed forces for use in combat. The lawsuit alleges that, due to the product’s defective design, the earplugs could have potentially inflicted severe hearing loss and/or tinnitus on thousands of military personnel over a period of more than 10 years.

The lawsuit alleges that the damage done to military personnel from these faulty earplugs could potentially cost the U.S. government millions, even billions, of dollars as the victims are cared for through the Veterans Affairs medical treatment system. This is because if any member of the military suffers hearing loss or damage while serving the nation, the U.S. government is ultimately responsible for covering any associated medical costs resulting from this injury.

3M agrees to resolve the allegations with payment

On July 25, 2018, 3M settled the whistleblower case with the U.S. government. As part of the settlement, the company did not admit to the allegations, but agreed to pay the government $9.1 million to bring the case to an end. After the settlement, the U.S. Department of Justice (DOJ) issued a press release affirming the department’s commitment to protect taxpayer dollars from fraud, waste, and abuse, through the use of the False Claims Act. This law gives private parties the option to file suit on behalf of the government if they believe the defendants in the lawsuit provided false claims for government funds.

In the press release, the DOJ asserted that 3M knew its Combat Arms™ earplugs were “too short for proper insertion into the users’ ears and that the earplugs could loosen imperceptibly and therefore did not perform well for certain individuals.” The defect has resulted in numerous military personnel suffering complete or partial hearing loss, tinnitus, and other hearing problems.

New litigation against 3M subsequent to the whistleblower case

Combat veterans filed at least 11 lawsuits in January 2019, four of which originated in Minnesota. The lawsuits accuse 3M of selling thousands of faulty earplugs to the U.S. military for personnel conducting dangerous combat missions in Afghanistan and Iraq, or participating in military training exercises in the United States. Soldiers who have filed the lawsuits claim to have suffered permanent loss of hearing or tinnitus from using 3M’s defective product.

The attorneys representing clients in these lawsuits claim they have received hundreds of contacts from veterans who are now suffering from hearing-related problems and used the Combat earplugs while deployed abroad or on U.S. soil during the timeframe mentioned.

These lawsuits consist of individual product liability injury claims that are connected to the same allegations made in the whistleblower Moldex-Metric lawsuit.

Have you suffered hearing loss from 3M’s faulty earplugs?

If you served overseas in Iraq or Afghanistan or participated in homeland training exercises between 2013 and 2015 and used these earplugs, you may have received inadequate protection while exposed to gunfire, explosions, and other loud noises. Harris Lowry Manton LLP has extensive experience handling complex product liability claims, and has secured tens of millions of dollars in verdicts and settlements on behalf of clients throughout Georgia.

If you used the 3M Dual-Ended Combat Arms Earplugs (Version 2) and have suffered hearing loss, our defective product lawyers in Georgia are here to help develop your case and fight for the financial compensation you deserve. To set up a free consultation, give us a call today at 404-961-7650 in Atlanta or 912-651-9967 in Savannah. You can also use our contact form to send us a message.