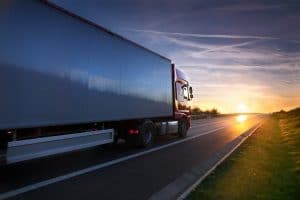 Working or living outside the Atlanta perimeter (“OTP”) can be a huge traffic nightmare for those of us who travel along its congested roadways. However, a new study is in the works that could relieve some of this traffic and air pollution in the future.

The Gateway85 Gwinnett Community Improvement District, or CID, works to improve mobility throughout the district with strategic infrastructure improvements aimed at alleviating congestion in the I-85 and I-285 corridor. CIDs are public-private partnerships funded by area property owners to promote business development and property redevelopment throughout their districts.

A few months ago, the Gwinnett CID announced they are developing a freight plan that will include recommendations and projects aimed at improving freight-related issues along the I-85 corridor. This may be welcome news for anyone who has been caught in a traffic jam or, worse, been involved in a truck accident in this area.

The freight plan will have a specific focus on the area south of Jimmy Carter Boulevard and west of I-85, an area identified by the Atlanta Regional Commission (ARC) as truck and freight intensive. The CID also plans to study workforce transportation and transit issues, as well as seek input from the public, local government, and local business owners.

The ARC, the Gwinnett County DOT, and the CID will fund the project. Gateway85 board members have approved Cambridge Systematics as the consultant who will work on the project.

The Georgia Department of Transportation has another plan to improvement freight congestion, this time along the I-75 corridor. They propose building a truck-only highway along a stretch of I-75 between McDonough and Macon, one of the nation’s largest trucking routes. By giving semi-trucks their own separate and toll-free roadway, the GDOT believes they can cut down on both traffics and deadly tractor-trailer accidents.

The Insurance Institute for Highway Safety (IIHS) reports that in 2016, nearly 4,000 people were killed in crashes with large trucks. Out of these fatalities, “66 percent were occupants of cars and other passenger vehicles, and 16 percent were pedestrians, bicyclists or motorcyclists.”

It’s clear that freight congestion is a big issue here in Georgia. If you’ve been involved in a car or truck accident, Harris Lowry Manton LLP can help. We have years of experience working with victims of vehicle accidents, and are ready to protect your rights to compensation. Call us today at 404-998-8847 at our Atlanta office, in Savannah at 912-417-3774, or fill out our contact form.