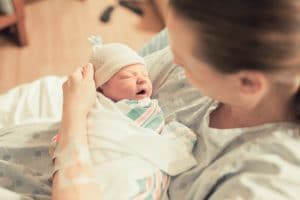 A recently published USA TODAY article revealed some startling data about the number of mothers dying during childbirth. After a four-year investigation, reporter Alison Young’s research uncovered some disturbing information—the United States is now “the most dangerous place in the developed world to give birth.”

More than 50,000 mothers suffer severe injuries during or after childbirth, and about 700 mothers die annually. According to USA TODAY, at least 50% of these injuries and deaths are preventable. In addition, hospitals and healthcare workers don’t always intervene fast enough when things go wrong.

As maternal death and injury rates decrease in developed nations like France, Germany and Japan, the rates in the United States continue to rise. In 2015, the maternal death rate had climbed to 26.4 per 100,00 births, which is the highest in the developed world. However, the article found one exception—California. By implementing a system of safety practices endorsed by top medical groups to reduce maternal injury and death rates, California has actually cut its maternal mortality rate in half.

Who is protecting America’s mothers?

If California has been successful with these measures, it raises the question of why the rest of the country hasn’t implemented them. According to USA TODAY, the regulatory groups that have the power to require hospitals to protect the health of mothers simply aren’t doing enough.

“The lack of action by the Centers for Medicare and Medicaid Services to protect mothers stands in sharp contrast to its more aggressive approach to trying to improve care for elderly Medicare patients,” USA TODAY reported.

Preventative actions include administering medications earlier and more accurately measuring blood loss during and after delivery. In the majority of cases, blood loss is only visually estimated on sanitary pads. Additionally, protocol for women with hypertension requires treatment within 60 minutes, yet of the 31 hospitals that told USA TODAY they use this protocol, only nine of those said they track how often that 60-minute window is actually implemented.

USA TODAY found one case where a 24-year-old new mother had to undergo an emergency hysterectomy after hours of internal bleeding that went unnoticed after the birth of her son. Even though the mother’s blood pressure dropped as low as 52/26—a sign of losing a life-threatening amount of blood—her healthcare providers didn’t act. The mother and her husband later filed a lawsuit against the hospital.

“We’re not talking about a Third World country, we’re talking about us, here,” a trainer for the American Hospital Association said during a 2016 closed-door training session, according to tapes obtained by USA TODAY. “This shouldn’t be happening here.” Another trainer in 2015 said most of the deaths “were absolutely preventable.”

Harris Lowry Manton LLP represents mothers and families who have suffered as a result of medical negligence during and after childbirth. Our attorneys are compassionate and effective, and we will hold healthcare professionals responsible for failing to adhere to the safety standards that should protect both mother and child. Call us today at 404-961-7650 at our Atlanta office, or in Savannah at 912-651-9967, or fill out our contact form.