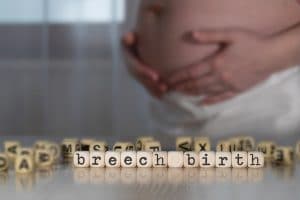 In a conventional labor and delivery, the baby is born head first. However, some babies settle into what’s called the “breech” position, where the feet and/or buttocks are set up to enter the birth canal first. A breech birth is considered high-risk, as the baby has a greater potential to become wedged or stuck in the birth canal, which can prolong labor.

Prolonged labor can heighten the risk of birth injuries. When a breech birth is handled improperly by medical staff, preventable injuries may occur. Babies generally do not present breech until late in pregnancy, but a skilled obstetrician should be able to determine a baby’s position before childbirth via standard exams and tests. When a breech is discovered early, a doctor can attempt to reposition the baby naturally before the mother goes into labor. If this isn’t possible, the baby can be delivered safely through caesarean section instead.

What are the types of breech positions?

An obstetrician should discuss  all delivery options with the mother so she can make an informed decision. However, if a healthcare provider attempts a breech delivery and it is not handled properly, the baby can suffer serious birth injuries.

What are the causes for a breech birth?

Experts are not really sure why babies move into the breech position, and often there is no apparent cause. However, there are a few factors that might make the potential of a breech birth more likely. These variables can include:

When a mother has any of these risks during her pregnancy, her doctor should carefully monitor her as her pregnancy progresses to determine whether the baby moves into a breech position. A breech should not take an obstetrician by surprise except in rare occasions. Keeping a watchful eye on the pregnancy can help avoid breech-related complications, and help medical professionals respond appropriately in the event a mother needs a caesarean or extra help with her delivery.

Not every breech baby requires a delivery by caesarean section. Verywell Health reports there are several natural methods to turn a baby into the cephalic, or headfirst, position, including:

Important note: Any attempt, medical or non-medical, to turn your baby’s position should be done only under the supervision of your obstetrician.

If a baby can’t be safely turned from breech position before delivery, a caesarean section is generally considered the safest method of delivery. When a baby does suffer injuries from a breech birth, most often it is due to a delayed caesarean section, which can cause brain damage and other serious medical issues.

What kinds of injuries can happen during breech birth?

Every medical situation and birth are different. Depending on the medical staff’s action or inaction, birth injuries from breech delivery can include:

A qualified obstetrician should understand the potential complications from a breech birth and act appropriately when a patient is high-risk.

Although not every birth injury is due to medical malpractice, doctors, midwives, nurses, and healthcare professionals have a responsibility to make sure a baby is in the proper position before delivery. They must take every reasonable precaution to reduce the risk of injury to both mother and child during labor and delivery. If they do not, and your baby suffers harm, you may be eligible to take legal action.

The birth injury attorneys at Harris Lowry Manton LLP advocate for our most vulnerable clients – children. If your baby was injured during labor and delivery, let us help you seek compensation for the harm they’ve suffered.

To schedule your free, confidential case evaluation today, call our Atlanta office at 404-998-8847, our Savannah office at 912-417-3774, or we invite you to reach out to us through our contact page to share your experience. 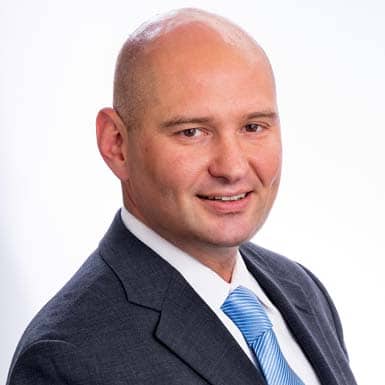