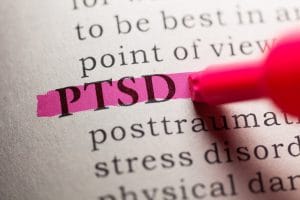 A new study by JAMA Psychiatry has concluded that: “After mTBI, some individuals, on the basis of education, race/ethnicity, history of mental health problems, and cause of injury were at substantially increased risk of PTSD and/or MDD.”

The study assessed the mental health of 1,385 male patients, with a mean age of 40, at 11 different trauma centers between 2014 and 2016. Of those 1,385 patients, 1,155 patients had some form of mTBI; the other 230 sustained non-head injuries. The patients were assessed five different times over the course of a year to see if they exhibited the signs of post-traumatic stress disorder (PTSD) or major depressive disorder (MDD).

Based on their findings, researchers determined mTBI could increase the risk of a patient developing PTSD or MDD:

The most common causes of head injuries

In this way, the study’s numbers differ from national statistics. Per Brainling.org, falls are the primary cause of traumatic brain injuries (47%), whereas car and truck accidents account for 14% of all TBIs. Vehicle collisions are, however, the leading cause of TBI-related fatalities (32%).

Although the numbers show an increased risk of mental health disorders after a mild brain injury, there are other factors to consider. As a CNN report explains, “the researchers relied on self-reports about the patients’ history of mental health problems.” This could mean the number of men who developed symptoms of PTSD or MDD after they were injured is actually higher (or lower) than the study shows.

Another factor disclosed by the researchers is that both PTSD and MDD occurred more often in patients who had a history of mental health issues. The researchers did not study whether a mTBI could exacerbate prior or underlying conditions, so it is impossible to tell whether these patients are at a greater risk than other victims of head injury. The study concluded that further research was needed to say there is a definitive link.

One thing is certain: the term “mild traumatic brain injury” is a misnomer. Per CNN, “All of the patients in this study received a CT scan to evaluate for brain bleeding or skull fracture.” A skull facture is a serious condition, and bleeding in the brain can lead to a number of serious health risks. Any injury that can lead to such risks should not be brushed off, simply because of the word “mild.”

If you have sustained a brain injury in a car wreck, from a fall, or after any act of negligence, you could be entitled to damages. Harris Lowry Manton LLP represents brain injury victims throughout Georgia. When you need help, we will be there. To schedule a free consultation, please fill out our contact form, or call us: 404-961-7650 in Atlanta, or 912-651-9967 in Savannah.