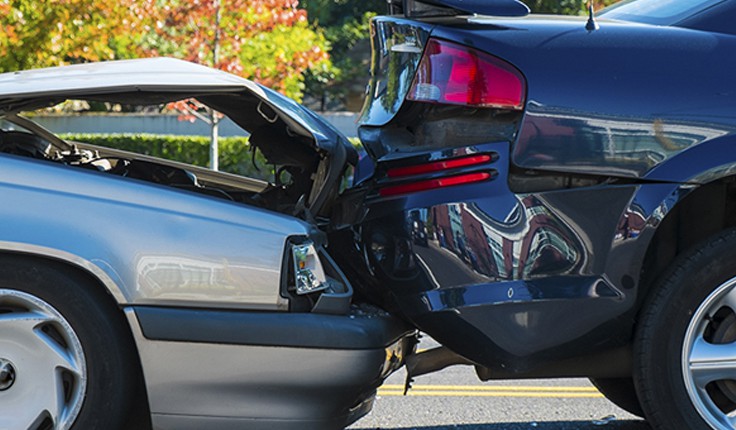 The lawyers of Harris Lowry Manton LLP have the knowledge and experience to communicate between your insurance companies, assist with getting you a rental car, help you find a rehabilitation center when applicable, and hold the negligent parties accountable for your injuries. If you or a family member was injured in a motor vehicle collision, contact the experienced Atlanta auto accident lawyers of HLM to discuss the merits of your case.

Chaos often ensues immediately following a car accident. Regardless of the events that follow, it is imperative that you gather as much information as you can after the collision. In order to help you remember what is necessary, our accomplished Atlanta car accident lawyers have compiled a checklist. Place this list in your glove compartment for easy access:

If you opt not to call for an ambulance, make sure to visit your doctor as soon as possible; within two weeks of the accident is best. Sometimes, the full extent of your injuries may not be immediately apparent after the collision, and you want to ensure that you are checked out by a medical professional. Furthermore, your medical records will play an important role when you seek damages.

Thank you to Harris, Penn, and Lowry who did an outstanding job on my daughters case due to injuries from an auto accident. We were able to get all the medical bills taken care of from the insurance companies and they will fight the insurance companies for all damages they are obligated to pay and not settle for the quick buck. Thank you to them, their staff, and especially Kristy S. Davies for their help. If you are injured, this is the best law firm in Savannah.

Atlanta Lawyers with the Skills to Handle Multi-Car Crashes

Multi-vehicle collisions require highly knowledgeable lawyers who can ably handle the range of difficult issues that must be addressed. Attorneys need to determine exactly how the chain of collisions occurred, who is responsible, whether comparative negligence issues apply, which forums can hear the claims, and other issues.

At Harris Lowry Manton LLP, our lawyers represent Georgia residents in state and federal courts. We are experienced trial attorneys who have obtained some of the top verdicts in the state. Whether the accident happened on a federal, urban, or state road such as Georgia Routes 3, 53, or 166, we can determine how the crash happened by working with investigators, the police, and traffic reconstruction experts. Our lawyers represent the families of car crash victims who were killed and individuals who suffer catastrophic, permanent, and serious injuries.

Causes of multi-car wrecks in Georgia

Most car crashes involve one vehicle (a driver hitting a solitary object) or two (one driver hitting another driver). When three or more cars are involved in a crash, it is not always easy to determine what caused the initial collision. Multi-car crashes usually happen in the following ways:

Our Atlanta multi-car pileup lawyers will review whether the roads were slippery or icy, whether there was construction going on that caused the cars to be much nearer to each other than normal, whether a driver was drunk, and a full range of other issues in order to determine who is liable for damages associated with the collision.

Some of the legal issues in multi-car crash cases

Any collision between two vehicles is bound to raise issues of liability. However, when there are multiple vehicles involved, untangling who is responsible may require the help of a skilled Atlanta car crash attorney. At HLM, we seek answers to these three questions first:

Our Atlanta multi-car accident lawyers may argue that each plaintiff’s case should be heard separately.

Important information about insurance in Georgia

Georgia requires all drivers to have car insurance in the event of an accident. The minimum amount you can have is 25/50/25:

We know that over the last few years, Georgia’s car insurance premiums have skyrocketed; it had the greatest increase in the nation in 2016. These increases may have led to people carrying only the bare-minimum of insurance – especially when it comes to uninsured motorist, or UM, coverage. The laws do not require you to carry uninsured motorist coverage, but we would strongly encourage you to purchase it anyway, if it is within your means. If you are hit by an uninsured or underinsured driver, UM insurance will help you pay for your medical bills and/or property damage.

Make sure, however, that you purchase an “add on” policy, not a “reduced” policy. Add-on policies allow you to add however much coverage you purchased to another driver’s policy (provided that driver has insurance at all). A reduced rate policy, however, subtracts what the driver has from your own coverage, which reduces the amount of money you may be able to collect.

Helping injured drivers in Atlanta and throughout the state

At HLM, we have the skills, resources, and experience to handle all manner of car accident claims. You can rely on us to help you after you sustained an injury in a collision involving:

If your loved one dies in a fatal car accident, we can help you file a survival action or wrongful death claim.  Our knowledgeable Atlanta injury lawyers understand the various complexities of these cases and have the experience to successfully handle them.

If you have been involved in a car accident, you deserve to be compensated by the responsible parties. With the help of the experienced Atlanta car wreck attorneys of HLM, you may be able to secure the appropriate damages. After a car accident, call our Atlanta office at 404-961-7650 or our Savannah office at 912-651-9967 to schedule a free consultation. You can also complete our contact form.