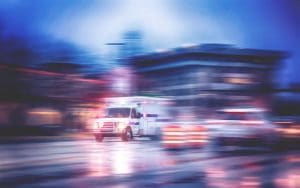 Georgia State Patrol (GSP) is currently investigating a multi-car collision on the Diamond Causeway at the Moon River Bridge in Savannah.

News outlets are not releasing photos of the crash, but WTOC’s Russ Riesinger reported on the crash on his livestream this morning, stating that it appeared to be a head-on collision involving at least two vehicles. WJLC reports that “several people are hurt and that some injuries are serious.” There are also reports of a vehicle rollover.

The Chatham County Police Department was first on the scene and has turned the investigation over to the Georgia State Patrol.

The danger of multi-car collisions

Any time two vehicles collide, there are challenges to overcome. When a crash involves multiple cars and/or trucks, however, those challenges can increase. Issues can include:

At Harris Lowry Manton LLP, we conduct our own in-house investigation of our clients’ car accidents, so we know first-hand just how much work goes into these types of claims.

In this crash on the Diamond Causeway, there are two details that caught our immediate attention: first, that there was a head-on collision. Head-on collisions are among the deadliest vehicle crashes. They do not happen often, but when they do, they often result in a fatality.

Second, is the report of a rollover, which is also incredibly dangerous. In 2015 in Georgia, there were 1,430 fatal car and truck accidents, 335 of which involved a rollover.

Harris Lowry Manton LLP has always handled rollover accidents, because we understand what goes into building the case. For example, in 2013, we represented a client whose husband died when his van rolled over because of a defective tire; in 2007, we represented a client whose throttle stuck on her Ford Explorer, causing her to lose control over her car and to experience a rollover.

In both of these cases – and many more like them – we were able to prove that other parties were at fault for the accidents as well as the resulting injuries. Ultimately, we were able to secure millions of dollars on behalf of our clients.

We are keeping those involved in the Diamond Causeway crash in our thoughts. We hope that the crash won’t prove to be fatal for anyone, and are praying for a speedy recovery for the injured.

Harris Lowry Manton LLP offers comprehensive and aggressive representation for car accident victims throughout Georgia. If you sustained injuries in a multi-car crash, because of a vehicle rollover, in a head-on collision, or in any type of traffic accident, we want to help. Please call our Atlanta team at 404-961-7650,  our Savannah team at 912-651-9967, or fill out our contact form to schedule a free consultation.