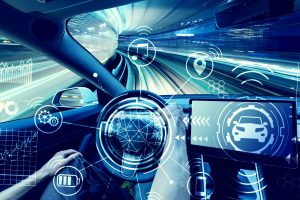 Recent legislation passed in the Georgia General Assembly sets guidelines for the operation of autonomous vehicles. Although many Georgia residents are enthusiastic about the prospect of self-driving cars gaining an increased presence on our roadways, others are skeptical about their safety. This skepticism has been magnified due to recent high-profile crashes involving these cars.

On May 8, 2018, Georgia Governor Nathan Deal signed Senate Bill 219, which governs the use and operation of self-driving vehicles. Georgia now joins five other states (Florida, Tennessee, California, Nevada, and Michigan), as well as the District of Columbia, with laws allowing the restricted implementation of self-driving cars.

Sen. Steve Gooch (R – Dahlonega), who helped sponsor the bill, was quoted by Robotics Business Review saying, “Under SB 219, common sense restrictions will be placed on autonomous vehicles while ensuring they comply with state and federal driving laws. The vehicles must be registered as automated vehicles with the Department of Motor Vehicles, must maintain a valid insurance policy and follow speed limits designated by local order. Since human operators are not required in vehicles equipped with ADS, passengers are not mandated to have valid driver’s licenses.”

The public’s feelings about self-driving cars

Proponents of autonomous vehicles claim they are key to making the roads safer in Georgia and throughout the nation – despite that a number of autonomous-vehicle accidents have occurred in recent years. These incidents included a fatal crash in May 2016 in which a man operating a Tesla Model S in autopilot mode was killed after crashing into a truck in the state of Florida.

Autonomous driving technology already is being implemented in many vehicles under certain constraints. Cruise control is a common example. Additionally, many newer vehicles are equipped with technology that helps avert collisions, assists with parking, and prevents a vehicle from drifting into another lane.

The general public is in favor of technology that provides limited driver assistance. According to a report issued by AAA in March, nearly 60% of those surveyed indicated they want these types of technological features in their next vehicle. However, 54% of drivers surveyed feel less secure at the thought of driving on the road among one or more self-driving cars. As well, 78% of respondents fear riding in an autonomous vehicle.

Advocates of autonomous vehicles claim they provide a higher level of safety than human-operated vehicles. Even if this proves to be true, there inevitably will still be accidents that occur involving these marvels of technology. The legal ramifications of these car crashes can be complex in terms of assigning liability. The manufacturer may be liable if an autonomous vehicle is found to be at fault for a collision. Claiming compensation may be a challenge for victims and their families due to the complexity of the investigation that follows accidents involving autonomous vehicles. For these reasons, any future victims of self-driving vehicle crashes must have the help of a skilled Georgia car accident lawyer with specific experience in this field.

If you or a loved one has been the victim of a car wreck involving an autonomous vehicle, Harris Lowry Manton LLP is here to help you. We will fight vigorously on your behalf for the compensation you deserve for your injuries. To set up a free consultation about your case, call us in Atlanta today at 404-961-7650 or in Savannah at 912-651-9967. You can also reach us by completing our contact form.