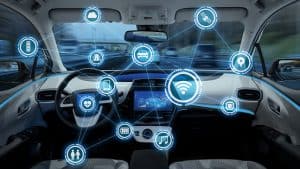 In May of 2017, Georgia became one of 22 states to enact regulations related to autonomous vehicles. While these state laws have paved the way for self-driving cars on roadways across the nation, they have also created some legal variations between states. A recent USA Today article discussed the potential complications of contrasting state laws and the need for overarching federal regulation of autonomous vehicles.

The history of autonomous vehicles dates back to the early half of the 1900s, when the first radio-controlled “driverless” car was introduced. As explained by Engineering.com, this invention paved the way for numerous other vehicle innovations, including the introduction of cruise control in 1958 and the start of Google’s self-driving car project in 2009. Experts now believe that autonomous vehicles will be parked in driveways across the country by 2025. While this innovation has moved relatively quickly, representatives from the automobile industry worry that progress may be hampered by the passage of various regulations within the states.

The arguments for and against federal regulations

Georgia legislation requires self-driving car owners and operators to register their vehicles with the state, along with specific insurance coverage mandates. While most autonomous vehicle regulations are similar from state to state, carmakers argue that even the most subtle differences can negatively affect their ability to put self-driving cars in every driveway, which is why they believe it is necessary for the federal government to step in.

Proponents of federal regulation assert that state regulatory differences could confuse car manufacturers and disrupt future development. A lack of consistency would force automakers to create different vehicles to meet the various state regulations, which could be extremely costly for the manufacturer and the consumer.

Proponents of state regulation alternatively argue that states are best suited to make these legislative decisions. They also point to the amount of time required to pass a federal regulation as an even more detrimental impediment to the progress of the autonomous vehicle industry.

Traditionally, while the federal government has regulated the automobile industry, particularly in terms of safety standards, states have stayed in the driver’s lane with laws catering to driver behaviors. With the introduction of the driverless car, these two opposites have now merged, causing questions about the best way to handle autonomous vehicle regulations.

The discussion over self-driving cars also encompasses the determination of liability when autonomous vehicles cause injuries. This relatively new innovation has yet to be fully explored in the courtroom, but as increasing numbers of these vehicles enter the roadways, injury-causing accidents are inevitable. That is why it is important for injured parties to rely on experienced Georgia auto accident attorneys who are knowledgeable about the changing landscape of autonomous vehicles.

If you were injured in an accident involving a self-driving car, contact the attorneys of Harris Lowry Manton LLP. Call us in our Atlanta office at 404-961-7650 or in Savannah at 912-651-9967, or you can fill out our contact form.