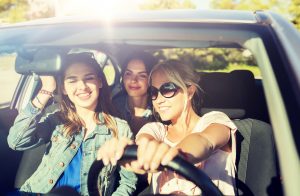 It is the worst call a parent can imagine. A hospital, the police, or another authority phones to report that your teenager has been killed. In an instant, your dreams are shattered. In an instant, you are thinking double thoughts. For every memory of your child’s first words, first day of school, first car, first love – there is a companion thought of all the things your teenager will never experience, and never enjoy due to the wrongful and negligent acts of another.

According to the CDC, accidents account for nearly 50% of all teenager deaths. Other causes include cancer, heart disease, suicide, and homicide. The most common cause of accidental death is a car accident. Car crashes account for one-third of all deaths among teenagers. Other known causes of teenage deaths include alcohol, drugs, and infections.

The CDC states that in 2019, nearly 2,400 teenagers died in motor vehicle crashes and more than 250,000 teens needed emergency room treatment. Teens between 16 and 19 were nearly three times as likely to die in a deadly crash than drivers 20 and older. The risk of a crash increases with the presence of other teenagers in the car. Newly licensed drivers also have a higher crash-risk factor.

Some of the reasons teenaged drivers have more fatal crashes and crashes that cause injuries, as compared to older drivers, include:

Other causes of teenager deaths

Some causes of fatal car crashes involve car defects. When air bags fail to function, for example, anyone of any age can die. We file product liability and wrongful death claims against the responsible manufacturers.

According to the Children’s Safety Network, for children ages five to 19, drowning is the third leading cause of accidental deaths.

What is the value of a Georgia wrongful death claim?

Parents can also seek damages through the estate of their child. Estate damages include:

How can Harris Lowry Manton LLP help with a wrongful death claim?

At Harris Lowry Manton LLP, our experienced wrongful death lawyers demand justice for your family. We file lawsuits against all responsible parties. We respect your need to mourn while also taking the necessary steps to investigate the cause of the accident so the right drivers, property owners, physicians, manufacturers, and other responsible parties can be held accountable.

Our Atlanta and Savannah, Georgia lawyers have obtained numerous wrongful death verdicts and settlements, including cases involving product defects, medical malpractice, trucking accidents, car accidents, and many other causes. The range of settlements and verdicts for wrongful death cases we have handled for grieving families include awards up to $43 million.

The experienced personal injury lawyers at Harris Lowry Manton LLP have been honored with some of the highest awards possible, including the Georgia Super Lawyers Top 100. We are strong advocates for our clients, while remaining true to our goal of representing all of our clients like they are family. Our firm’s Savannah and Atlanta trial lawyers are ready to help you get justice. We fight aggressively to hold all responsible parties liable for the tragic loss of a child.

To schedule a free, confidential appointment, call our Atlanta office at 404-998-8847, our Savannah office at 912-417-3774, or complete our contact form. We handle wrongful death cases on a contingency fee basis, which means you have no up-front or out-of-pocket expenses.