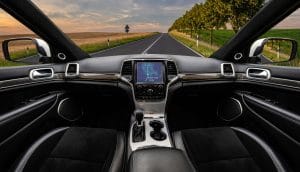 For years, we have been working on getting autonomous vehicles on the road. After all, the idea of being driven around by our cars is an appealing thought, but only if the vehicle can safely get us to where we need to be, and unfortunately, we have not yet developed the perfect way to do just that. While some developers and manufacturers believe that their autonomous cars are road-ready, the statistics disagree. In truth, we still have some time before we can fully trust these vehicles with our lives and the lives of others driving on the road.

What vehicles are supposedly ready for autonomous driving?

Just this year, Mercedes-Benz gained “internationally valid regulatory approval in producing vehicles capable of Level 3 autonomous or ‘conditionally automated’ driving.” What does that mean? Level 2 autonomous driving only offers a partially hands-free driving experience, whereas Level 3 is “conditional driving automation,” which allows the car to react to its environment without urging the driver to take control. While this hands-off experience is only allowed at the legally permitted speed of 37 mph, that still applies to most in-town driving including where roads are crowded and traffic is tricky. According to Mercedes, “the system controls the driving speed and following distance while independently performing evasive or braking maneuvers – all without physical driver intervention.”

When Drive Pilot Level 3 Autonomy is engaged, Mercedes claims the driver can focus on other activities like scrolling on their phone, eating a burger, or even watching a film. At the very least, the car offers redundant controls so if the autonomy fails, the driver can still take control.

While this car has yet to hit the roads for the general public, it is expected to be available to Europeans in early 2022. At this time, there is no word when it will be available to American consumers, but no doubt Mercedes-Benz is working on getting that going as soon as they are allowed.

Are we really ready for autonomous vehicles?

Just this year, Pony.ai tested out their autonomous vehicles in Silicon Valley. It turns out, they were not quite ready to be on the road after they experienced a crash and the California Department of Motor Vehicles suspended the company’s testing permit. The company was one of the few that had been allowed to test their vehicles on the road.

The incident that led to the company’s suspension of their autonomous test driving was a small crash, where one of their vehicles drove up onto the median and crashed into a road sign while making a left turn. No one was hurt in this incident, but the car was damaged. Kindly, the company did reach out to make sure that the destroyed sign was fixed. The DMV stated that because there was “an unreasonable risk to public safety,” Pony.ai’s permit was revoked. Pony.ai had originally planned to have these vehicles available for robotaxi services in California.

Can we trust autonomous vehicles?

With another company failing their autonomous vehicle testing on the roads, can we really trust that the vehicles developed and manufactured by Mercedes-Benz will be safe for use on public roads? This is hard to say, especially when people have died due to autonomous vehicle accidents. In 2016, Joshua Brown was operating his Tesla in autopilot mode on the highway when the car failed to recognize an 18-wheeler crossing the highway in front of it. Because of this failure, the Tesla’s autopilot attempted to drive through the 18-wheeler at full speed. Unfortunately, Brown died due to the injuries he sustained from the crash.

More, Uber had been involved in 37 crashes involving their autonomous vehicles before a fatal crash in Arizona that killed a pedestrian in 2018. The driver had been distracted by a TV show while her car was in self-drive mode.

It is one thing if we take our lives into our own hands by manually driving around our cars and making the decisions ourselves. However, can we take the risk of putting our lives into the hands of a computer that still has shown to make mistakes? There will always be the question of whether a driver would have survived an accident had he or she been driving the car themselves. In a recent UK survey, half of the women questioned said “such life and death choices could be taught to futuristic vehicles,” while two-thirds of men believed it could not.

It is clear that fully autonomous vehicles are not quite ready for our highways and roads. There are simply too many variables and too many situations in which the cars need to prove themselves. While some claim that these vehicles are safer than any human driver, there is no way that we should feel comfortable putting our lives in the hands of a computer-controlled vehicle until they can prove that they won’t drive onto medians and hit signs or drive straight into the side of 18-wheelers blocking the road.

If you’ve been injured in an accident with an autonomous vehicle, then you need an experienced lawyer to help you secure proper compensation. Contact the car accident attorneys at Harris Lowry Manton LLP today. Call our Atlanta office at 404-998-8847, our Savannah office at 912-417-3774, or use our contact page to set up an appointment for counsel and advice.