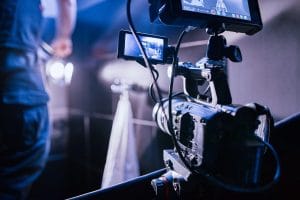 Coronavirus halted production for several months, but the film and TV industry is getting back to work. With so many sound stages and production houses located in Georgia, this means thousands of jobs coming back online, not to mention a cash infusion to the local economy. It was announced in July that 20 projects would begin shooting in Georgia in August alone, with 50 more in the works over the next year and a half. This is big business for the state and brings a flood of 40,000 production worker jobs.

All of this is excellent news, but it is important that these productions are safe – not only from COVID-19, but from the other types of injury risks they post. It seems that for as long as Hollywood has been making films, actors, stuntmen, and crew members have been injured or killed along the way in a variety of mishaps. Some of these films have included action scenes where explosive blasts were used, causing catastrophic injuries that no one expects.

Even in the best planned scene, things can go wrong. Explosions can be timed and aimed to go off in a specific sequence or direction but at the end of the day, you’re dealing with volatile materials alongside human beings. Even just the improper storage of certain electrical equipment can cause injury.

Common blast injuries you could suffer during filming

The types of blast injuries that any member of a movie crew can experience by being in the wrong place at the wrong time include:

Working in the entertainment industry so close to home can be an exciting opportunity for many who live in or near Georgia. While most of these jobs should be relatively safe, there is always the potential for something to go wrong. Whether you become injured in an explosion or you fall off a stage, the Atlanta and Savannah catastrophic injury lawyers at Harris Lowry Manton LLP will help you seek the compensation you need to make a full recovery.

Schedule your free case evaluation with a member of our fierce legal team by calling our Atlanta office at 404-998-8847, our Savannah office at 912-417-3774, or we invite you to reach out to us through our contact page to tell us your story.