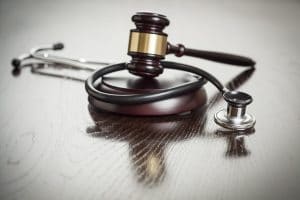 For decades, United States servicemembers and their families have been unable to sue the federal government for medical malpractice or wrongful death, due to a 70-year-old court ruling known as the Feres Doctrine. However, this is about to change with the 2020 National Defense Authorization Act.

If you are or have been stationed at a military base in Georgia and believe you have been a victim of medical malpractice, we encourage you to read more about this new legislative change.

In 1950, the United States Supreme Court ruling Feres vs. United States held that the federal government could not be held liable in the event of a servicemember’s injuries or death, as such was considered incidental to their military service. Because the federal government has its own system for compensating injured or killed servicemembers and their families, the original goal of the Feres Doctrine was to prevent unnecessary or frivolous lawsuits against the government.

Over the years, the Feres Doctrine has come under wide criticism for being applied overbroadly, preventing military personnel from bringing legal action over matters like training accidents, sexual assault or medical malpractice. Although the Feres Doctrine hasn’t been abolished, the National Defense Authorization Act loosens its regulations and allows servicemembers to submit a claim for medical malpractice. Service members and their families still cannot bring lawsuits against the government in federal court.

As signed into law by President Trump, the 2020 National Defense Authorization Act now allows service members and their families to file claims and seek compensation for injuries or death caused by medical malpractice from a Department of Defense healthcare provider. With these changes, if a servicemember is injured due to medical malpractice or negligence at a military facility, s/he can file a claim for compensation via an internal procedure.

It’s important to note that these claims are not a civil or federal lawsuit, but operate a bit more like workers compensation claims. The Department of Defense reviews a servicemember’s claim for validity and determines the appropriate amount of financial compensation. Under the law, compensation is capped at $100,000, but the Pentagon has the authority to award higher settlements in extreme cases.

This legislation is a welcome change for our servicemembers throughout Georgia and the United States. For the first time, Congress is acknowledging the issue of medical malpractice in the military. Part of the National Defense Authorization Act requires that the Pentagon submit a report to Congress on the number of claims and their resolutions every year.

“Our veterans deserve every bit of the best healthcare that they can possibly get and they deserve to be able to file for medical malpractice if that’s is something that in fact happens,” said Rep. Buddy Carter, R-Georgia’s 1st District.

The attorneys at Harris Lowry Manton LLP have great respect for our military personnel. If you’ve suffered injury due to medical malpractice at a military facility, our lawyers want to help. We can guide you through the system with knowledge and ease. Contact us today for experienced and strong representation. Feel free to set up a consultation at 404-961-7650 at our Atlanta office, in Savannah at 912-651-9967, or fill out our contact form.