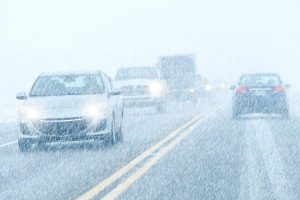 The Georgia Department of Transportation (GDOT) maintains comprehensive records about all reported crashes that occur in the state. When a crash is reported to the authorities, a significant amount of information is recorded and stored. This includes (but is not limited to) details about all persons involved, road and weather conditions, vehicle descriptions and even diagrams of the scene.

All of this information is compiled into an annual report that enables the relevant state and county entities to determine how to allocate budgets for improvements and identify trouble spots. However, the amount of data that is collected also allows for interesting statistical analyses about driving habits, including where and when crashes are most likely to occur.

How does Georgia rank among other states for fatal crashes?

According the Centers for Disease Control and Prevention, auto accidents are the third leading cause of death in the United States, killing more than 170,000 of our fellow citizens each year. Georgia in particular has a problem with this. In 2019, the last year for which data is available, the National Highway Transportation Safety Administration’s (NHTSA) Fatality Analysis Reporting System (FARS) identified Georgia as the 4th most lethal state to drive in.

Of course, this is where some of the other details included in crash reports come into play. To establish a baseline, the rate of fatal collisions is adjusted for the number of Vehicle Miles Traveled over a given time. Simply put, this allows some context and data comparisons between different regions. It is no comfort that Georgia ranks much lower among other states in this context; it simply means that the Peach State has fewer fatal accidents per miles traveled (i.e., a lower rate of fatal accidents). In other words, what we lack in frequency is made up for in volume.

When the data is viewed in this context, we can see other trends emerge. GDOT’s Crash Data Portal tells us that, from 2016 to 2019, Georgia averaged more than 400,000 motor vehicle crashes, resulting in around 1,400 deaths every year. In 2020, however, there were nearly 70,000 fewer crashes on our highways. Obviously, this steep decrease in crashes is the result of pandemic-related decreases in travel and more people working from home. Disturbingly, the number of fatal accidents in 2020 actually increased significantly, despite the lower number of crashes. A total of 1,588 people were killed in vehicle crashes in 2020, up a staggering 22% from the year before.

There are, of course, other oddities that emerge when looking at big data sets. Some indicators appear to make sense based simply on logic. According to the National Safety Council’s Injury Facts:

This generally tracks with what we know. However, there is an outlier to these trends in some states, and in Georgia in particular. For some reason, October has seen the highest rate of motor vehicle fatalities in Georgia for the last 10 years. One year is an anomaly; ten years is a trend. Not even the NSC has an explanation for this fact: “mileage variation does not fully explain the peak in deaths and death rates that often occur in October. Shorter daylight hours may play a role.”

Why are fall and winter so dangerous for Georgia drivers?

It certainly true that the days are getting shorter as we approach the winter solstice, the shortest day of the year. This year, that ignominious day falls on Tuesday, December 21. Shorter days mean rush hour is more likely to happen closer to dawn and dusk, two notoriously dangerous times to be on the road. Dawn and dusk are dangerous because our eyes are not adept at switching quickly between light and dark. Light skies and dark surroundings (and vice versa) significantly increase the risk of a car accident.

However, October marks more than just the start of noticeably shorter days. Here are just a few things that come along with the change in seasons:

These factors, taken together, mean that driving conditions are less than optimal. Light horizons and dark surroundings in the morning (and vice versa in the evening) mean that visibility and thus reaction times are compromised. Slick roadways from condensation and wet leaves mean that vehicles handle differently and take longer to stop. More wildlife out and about during peak driving times, more vehicles on the road, and more pedestrian activity in the evenings increase the chances of a crash. Taken together, these factors significantly increase the dangers of driving in fall and winter months.

Any crash can result in catastrophic injuries, wrongful deaths, significant property damage and financial losses from medical bills and lost wages. Serious car accidents require experienced attorneys to help protect you and recover your losses, including the tragic loss of a loved one.

At Harris Lowry Manton LLP, our experienced personal injury lawyers demand justice for your family. To discuss your case with one of our attorneys, you can contact us to schedule a free, confidential appointment or call our Atlanta office at 404-998-8847 or our Savannah office at 912-417-3774.