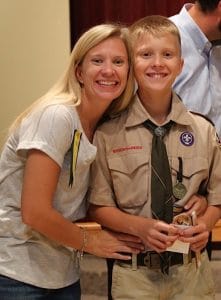 The parents of Elijah Knight – the 14-year-old Boy Scout who was killed when a tree fell on his tent during a thunderstorm at the Bert Adams Scout Camp in Covington, Ga. on June 25, 2018 – have filed a civil lawsuit in the State Court of Cobb County against the Boy Scouts of America and the Atlanta Area Council, Inc. Boy Scouts of America.

Stephen and Courtney Knight, who live in Cypress, Texas, want to improve safety standards for all Boy Scouts.

“Having joined the horrible club of parents who have lost a child, and especially the community of parents whose child died in a scouting event, we hope to make systemic safety improvements that will preserve and protect the lives of many other children in the future,” said Elijah’s father Stephen Knight, an Eagle Scout. “We hope to see a new level of safety standards, so no other family has to go through the same anguish.”

Jeff Harris, a trial attorney at Harris Lowry Manton LLP who has been retained by Stephen and Courtney Knight, filed the wrongful death claim earlier today. The complaint charges the defendants with vicarious liability, negligence and premises liability and seeks damages for funeral expenses and pain and suffering as well as punitive damages. 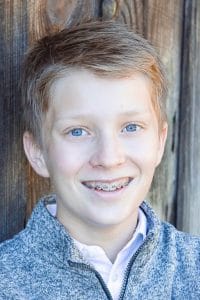 “Sadly, this is not the first time a death has occurred at the Bert Adams Scout Camp,” said Harris, citing the 1999 death of a Cobb County father and his son as well as the 2017 death of a Cobb County teenager at the camp. “We believe the Boy Scouts do not have adequate policies in place to keep kids safe and that Elijah Knight’s tragic death could have been prevented by following simple weather-related procedures.”

The Boy Scouts of America ignored weather advisories issued by the National Weather Service, including a Severe Thunderstorm Warning which was in effect at the time of Elijah’s death. Because the Boy Scouts did not evacuate all campers to a nearby building, Elijah Knight was left outdoors in a canvas tent during a hazardous storm with strong winds, lightning and hail. 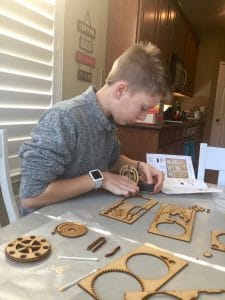 A Distinguished Honor Roll student and Boy Scout Troop Instructor, Elijah Knight was born on January 21, 2004. He earned the prestigious Spartan Mark of Excellence Award and Distinguished Achievement Award at Spillane Middle School in Cypress, Texas, where he was enrolled in the Horizons Gifted and Talented Program. 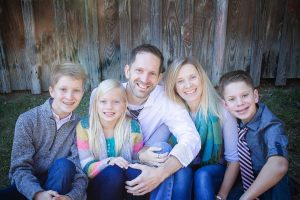 As a Boy Scout, Elijah was focused on completing his Eagle Scout rank and had been inducted into the Order of the Arrow. An avid inventor, award-winning saxophone player, cross-country runner and dedicated community volunteer, Elijah planned to become an environmental engineer. He leaves behind two younger siblings and a large extended family.

“Elijah was kind, accepting, intelligent and vivacious,” his mother, Courtney Knight, explained. “He was inquisitive and inventive and intended to use these innate talents to improve the world.”

Harris Lowry Manton LLP is an award-winning, full-service trial law firm with offices in Atlanta and Savannah. The firm’s attorneys have been recognized by leading rating associations, bar associations and other organizations as some of the top trial lawyers in the United States. The firm brings together three partners — Jeff Harris, Steve Lowry, and Jed Manton — who are known for securing major verdicts and settlements for clients in complex personal injury, product liability and wrongful death cases.

Attorney Jeff Harris has represented a number of families in wrongful death lawsuits, including the parents of Sarah Jones, the camera assistant who was killed while filming the movie “Midnight Rider” on location near Jesup, Ga., as well as mother of John Bernecker, the stunt performer and actor who was killed on the set of “The Walking Dead” in Senoia, Ga. For more information, visit www.hlmlawfirm.com.

Posted in In The News