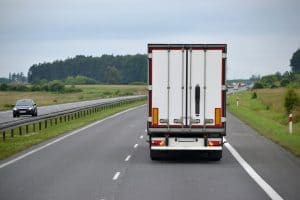 Every day in the U.S., millions of passenger cars, SUVs, motorcycles, and semi-trucks occupy the highways and roadways, often without incident. However, accidents occur, and sometimes these accidents have tragic results. The disparity in size and weight between different vehicles – for instance, semi-trucks and passenger cars – can lead to some serious outcomes and physical injuries when collisions between the two occur.

Many types of trucking accidents place passenger vehicle occupants and motorcyclists in fatal danger. Arguably, the most dangerous type of trucking accident on our nation’s highways is the underride accident. Approximately seven years after the Insurance Institute for Highway Safety (IIHS) uncovered significant deficiencies in the rear underride guards of the majority of semi-trailers, several of the largest manufacturers in North America are now developing rear guards strong enough to prevent fatalities in various underride crash scenarios.

What is an underride guard?

Underride guards consist of steel bar assemblies connected to the rear end of truck trailers. These structural units are designed to stop a passenger vehicle from sliding underneath the rear end of a semi-truck during a rear impact crash.

What happens in an underride trucking accident?

An underride collision occurs when a vehicle crashes into the back of a semi-truck trailer and continues to travel underneath the trailer until it comes to a stop. Much of the danger faced by the driver and occupants (especially the front seat occupants) of the crashing vehicle involves the disparity between the highest points of both vehicles to the ground.

The bottom of a truck trailer is about 45 inches off the ground. The front end of a standard passenger car is about 30 inches off the ground at its highest elevation. This difference permits the cabin of the car to run right into the bed of the trailer upon impact, leaving vehicle occupants at risk for fatal injuries to the head and upper body – unless an underride guard is in place.

Why are underride guards important?

In 2016, 424 out of the 2,056 passenger vehicle occupants who lost their lives in large truck crashes did so after striking the rear end of a large truck, according to the IIHS. While the number of these deaths resulting from underride is unknown, an IIHS sample performed in 2010 indicates that 82 percent of fatal crashes into the rear of a large truck involved underride.

How effective are underride guards?

The IIHS has also found that despite the design intention of underride guards to help deter fatal injuries, design improvements are still needed. The IIHS’s findings concluded that even though underride guards are effective at reducing and preventing deadly injuries resulting from direct rear-end crashes, their current capabilities are reduced when the path of impact is not directly into the rear of the trailer. For instance, if the collision of the passenger vehicle into the rear of the semi-truck is at the corner rather than directly into the rear, the underride guard’s effectiveness drops. This demonstrates a deficiency in design that calls for improvement.

The IIHS has conducted testing that ultimately led to underride guard redesign, leading to enhanced safety for vehicle occupants in offset rear-end crashes. In addition, the modification in design did not increase the cost or weight of the underride guard by a significant measure. The findings of the IIHS in 2011 have resulted in a request from that organization to the National Highway Traffic Safety Administration (NHTSA) to conduct an evaluation of the existing standards to find any possible safety improvements.

The experienced Georgia truck accident attorneys at Harris Lowry Manton LLP are here to help you if an underride collision or other truck accident caused by another’s negligence has left you or a loved one injured. You may be entitled to significant compensation for your losses. We work intelligently and tirelessly to recover the damages you are owed. To obtain a free case review, give us a call in Atlanta today at 404.998.8847, or in Savannah at 912.417.3774. You may also fill out our convenient contact form to get the process started.