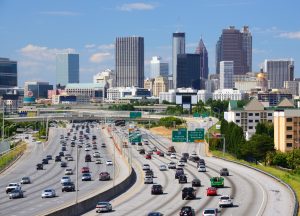 As a society, we have come to accept that car accidents are inevitable. Perhaps you do not expect such a thing to happen to yourself, but we hear about car accidents every day on the news and on the radio. The question is: Why is driving such an unsafe activity, and can we as a society do better?

That is the question on the mind of U.S. Transportation Secretary Pete Buttigieg. After seeing an increase in traffic fatalities, Buttigieg proposed a specialized approach to traffic safety, so fewer people end up in fatal accidents. That approach has been deemed the “Safe Systems Approach,” and it is used in a few other countries such as New Zealand, Norway, Sweden, as well as other European countries. So far, it has shown that safer driving and roadways are possible.

What is the Safe Systems Approach (SSA)?

The Safe Systems Approach (SSA) has one goal: to eliminate fatal and serious injuries for everyone using the road. It does this by looking through a “holistic” lens when viewing the road system, first by anticipating human mistakes, then by keeping impact energy at tolerable levels on the human body. The approach focuses on key aspects such as “safer people, safer roads, safer vehicles, safer speeds and improved emergency response and post-accident care.”

In plain language, this means acknowledging that until now, state and federal agencies have focused on changing human behavior. The new system, according to the Federal Highway Administration (FHWA) looks like this:

In 2020, the rate of traffic fatalities increased to the highest rate since 1924. Per Auto Blog, “More than 42,000 people are estimated to have died on U.S. roadways last year, the largest motor vehicle death tally in 13 years.”

It is clear the United States has a problem when it comes to automobile accidents and fatalities. In fact, “of the more than 370,000 people who died in transportation-related incidents between 2011 and 2020, almost 95% (more than 350,000) perished on U.S. roads.” The Department of Transportation is on the record saying these statistics are ”both unacceptable and solvable,” and that these numbers can decrease with the implementation of the Safe Systems Approach. .

Does the Safe Systems Approach work?

While it is important to try and lower the traffic fatality rate, we do not want to implement an untested system. That is why the SSA can be trusted, as it has already worked in several other countries around the globe.

In 1997, Sweden incorporated a program called Vision Zero. Vision Zero aimed to cut accidents and traffic fatalities by examining the effects of kinetic energy on the body during car crashes. With these studies, Swedish authorities adjusted maximum speed limits to decrease not only the number of crashes, but the severity of injuries suffered during any accident that might occur. Public Roads Magazine explained it this way: “For example, in a situation in which risks exist for crashes with cars and vulnerable, unprotected road users such as pedestrians and bicyclists, the speed limit should not be higher than 20 miles (approximately 30 kilometers) per hour, and for risks of head-on collisions (such as cars to cars), at a speed not higher than 50 miles (approximately 80 kilometers) per hour.”

Vision Zero was one of the forerunners to the SSA, which Australia adopted in 2004 after seeing how well Vision Zero worked in Sweden. Eventually, the U.S. adopted Vision Zero, too, with different states implementing the strategies as they saw fit. (In Georgia, the city of Atlanta has its own “Vision Zero” plan, as does Macon County.) Of course, over the years, the SSA has adapted and evolved as more information and studies have brought to light new driving habits and technological advancements that impacts how we drive and maneuver the roadways.

Do we really need the Safe Systems Approach?

We have seen that the SSA has lowered traffic fatalities in other countries, but does it make sense for the U.S. to adopt this approach as well? In the year 2020 alone, Georgia experienced 332,798 traffic accidents. Of those accidents, over 1,500 of them were fatal accidents that killed 1,730 people in total. The injuries numbered 124,493 from those traffic accidents. From 2016 to 2020, there have been nearly 2 million traffic accidents.

While Harris Lowry Manton LLP supports all efforts to curb traffic crashes and fatalities, only time will tell if the Safe Systems Approach makes a meaningful difference in Georgia. As always, we will continue to fight for injury victims and their families when another driver’s negligence causes harm. If you have been hurt in a traffic accident, our experienced car accident attorneys in Atlanta and Savannah can help you. Call our Atlanta office at 404-998-8847 or our Savannah office at 912-417-3774, or use our contact form to schedule a consultation. We proudly serve clients throughout Georgia.