On Saturday, a van carrying 16 people burst into flames on I-85 in Gwinnett County. An investigation is currently underway as to what caused the van to rollover and burst into flames. WSB-TV Atlanta reports that investigators believe another vehicle may have been involved, and FOX 5 Atlanta confirms that report, saying witnesses at the scene stated there may have been another vehicle.

The experienced lawyers at Harris Lowry Manton LLP have seen this type of tragic incident before and have secured justice on behalf of clients who have been killed or catastrophically injured. In 2011, Mr. Kharka Chhetri died when a tire defect caused a tire tread to separate while he was a passenger in a 15-passenger van. As a result, the driver lost control of the van and hit a highway guardrail, causing the van to rollover. We filed that lawsuit on behalf of Mr. Chhetri’s family, and the other passengers who were in the van when it rolled over. The firm secured a $16.5 million verdict for Mr. Chhetri’s family, as well as confidential settlements for additional passengers, against Michelin North America, Inc. for its negligent design and manufacture of the tire.

How common are vehicle fires?

Vehicle fires are more common than you might think, and the causes are varied. According to the National Fire Protection Association (NFPA), there were more than 212,000 vehicle fires in 2018, leading to “560 civilian deaths [and] 1,500 civilian injuries.” Only residential house fires caused more injuries, fatalities, and property loss.

Per NFPA data, the primary cause of these vehicle fires was mechanical and electrical failure and/or malfunctions. Approximately 63% of all vehicle fires started in the engine area, running gear, or wheel area, and more were thought to be caused by the “ignition of electrical wire or cable insulation than any other specific item.” Fuel tank and fuel line issues accounted for about 12% of all vehicle fires.

Data from the U.S. Fire Administration supports the NFPA’s findings:

As you can see, many vehicle fires are the result of a problem within the vehicle itself, which often points to a design or manufacturing defect. In some cases, the defects keep making their way into the vehicles’ design and manufacturing. For example, General Motors just recalled two of their passenger vans (the Chevy Express and the GMC Savana) for a defect that poses a risk of an engine fire. It is the second time they’ve had to recall these same models in 10 years.

Multi-passenger vans are at a risk of rollovers

Larger vehicles, like SUVs and vans, are prone to rollovers, and 15-passenger vans – like the one that burst into flames on Saturday – pose significant safety risks. The National Highway Traffic Safety Administration (NHTSA) reported in 2006 that large vans are more likely to rollover. According to ABC News:

The reason for the high rollover rate is due to the vans’ centers of gravity. Unlike a passenger car, a van’s center of gravity will shift as more people get into the vehicle. The NHTSA issued another warning about these specific vehicles in 2018, listing nine (9) different safety suggestions to help protect drivers and passengers.

Harris Lowry Manton LLP is keeping the families of the victims of Saturday’s deadly incident in our thoughts. We hope investigators can find the cause of the fire and resulting rollover quickly, to give the families and injury victims some closure, and to help them decide what their next steps should be.

Harris Lowry Manton LLP serves clients throughout Georgia. Please call us in Atlanta at 404-998-8847, in Savannah at 912-417-3774, or fill out our contact page to schedule a free consultation. 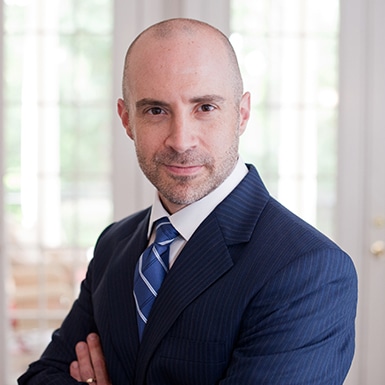