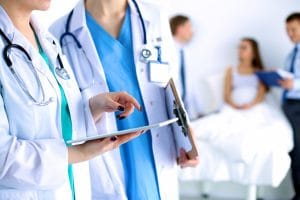 We trust our doctors to be competent, ethical professionals with whom we can share our most sensitive and personal medical problems. We expect doctors to provide us with competent, compassionate care designed to restore our health.

What we don’t expect is a doctor who abuses this relationship in order to placate his or her own selfish desires. Unfortunately, the current medical system shields doctors who have caused their patients harm. And there does not seem to be much the general public is allowed to learn about that system.

Georgia’s Composite Medical Board is responsible for licensing and regulating doctors in the state. The Board’s 16 members, 13 of whom are doctors, are not permitted under Georgia law to explain the list of public orders they issue every month.

The extent to which these Georgia regulators have gone and will go in applying leniency to the transgressions of medical doctors can be seen in some recent cases that involve restoring doctors’ licenses and privileges.

The Atlanta Journal-Constitution (AJC) has conducted previous investigations documenting the surprising favor the State Board has given to physicians, including those with a history of jeopardizing or injuring their patients. These actions potentially put the health of many Georgia residents at risk.

According to the AJC, Georgia has a medical system in which:

In 2016, the AJC published a series covering doctors and sex abuse. That series exposed a clandestine system in which secret discipline, cover-ups, and extensive leniency enabled abusive doctors to continue practicing throughout all 50 states.

The series revealed the names of more than 3,100 doctors identified publicly for sexual misbehavior between 1999 and 2015. In the latest investigation, the AJC verified cases involving more than 3,500 doctors, in which about 2,800 involved patient victims.

As the following example indicates, medical malpractice is also a serious issue, as it concerns doctors and their patients in the state. In 2015, the medical board in Georgia revoked the ability of a Decatur pain management doctor to prescribe controlled substances. The doctor was cited for unprofessional conduct regarding treatment he provided two different women. The women were given prescriptions for opioids, additional narcotics, and muscle relaxers.

State records reveal that the doctor had placed one of the women on 10 separate prescription medications. The records in her file report that the woman was acting out, wetting herself, and crying constantly. As well, her family called the doctor’s office multiple times to inquire why she was placed on so many prescriptions.

According to records, the doctor placed the other woman on OxyContin, Lortab, Xanax, and Soma. Drug tests indicate that she was using ecstasy, amphetamines, cocaine, and methadone, but was not taking her medications – an indication she may have purchased the illegal drugs with her prescriptions. The Board determined that the doctor failed to properly address her apparent addiction to illicit drugs.

This is one of numerous cases involving doctors as alleged opioid violators throughout Georgia, and the miniscule consequences imposed.

The Georgia Board asserts that it does its best to rehabilitate doctors whenever possible in a state in which there is a doctor shortage in many rural areas. Many times, the Board will order extra training and impose certain demands for restrictions on doctors who have misbehaved, such as limiting their hours, requiring a chaperone, or requiring supervision by another doctor.

Yet, these disciplinary actions seem woefully inadequate for the many victims who have suffered abuse in the state.

If you have suffered at the hands of a doctor or other medical professional, remember that medical malpractice lawsuits in Georgia must be filed in timely fashion, in accordance with the state’s statute of limitations.

At Harris Lowry Manton LLP, we provide vigorous representation for victims of medical malpractice throughout the state of Georgia. When comes to fighting for your right to receive compensation for injuries you have suffered at the hands of a medical provider, we do not back down.

To arrange a free, no-obligation consultation with an experienced medical malpractice attorney from our team, complete our contact form or call us in Atlanta at 404-961-7650, or in Savannah at 912-651-9967.