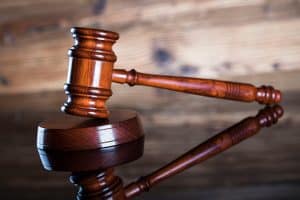 On Monday, July 17, Harris Lowry Manton LLP secured an $11.2 million verdict on behalf Richard and Elizabeth Jones, the parents of Sarah Elizabeth Jones who tragically lost her life while shooting a scene for the film, Midnight Rider. A Savannah jury awarded the parents $11.2 million: “nearly $2 million for pain and suffering and just more than $9 million for full value of life,” per Fox 28. The jury determined that CSX Transportation was 35% responsible for the circumstances that caused Sarah’s death, and therefore, it is responsible for 35% of the verdict.

HLM partner Jeff Harris served as the attorney for the Jones family. He refused to back down, fighting for justice for Richard and Elizabeth Jones.

The Jones family released a joint statement, which was reported on by multiple outlets, in which they point out, “This trial disclosed a number of exceptionally poor judgments and ignored opportunities by CSX Transportation to prevent this tragedy. Frankly, I believe that the evidence in this trial indicated that CSX has systemic issues that need corrected. We miss you Sarah.”

You can read the statement in full here.

The family started the Sarah Jones Film Foundation as a way to help educate film students about the potential dangers they face while working in the industry, and “To foster on-set safety through awareness and accountability.”

Sarah Jones was 27-years-old when she worked as a camera assistant on the film Midnight Rider, a biopic about Gregg Allman. On February 20, 2014 – the very first day of filming – a train crashed into the crew. Right before the fatal crash, two other CSX trains came through the area; neither operator called in to alert dispatchers that people were filming on the tracks. The third train to come through crashed into a hospital bed (a prop) on the tracks. As Jeff Harris explained to the jury, the operator of that train failed to apply the brakes until after the crash.

The resulting collision impacted the crew and Jones with tremendous force, and Jones was unable to escape the path of the oncoming train. Six crew members sustained injuries and Sarah Jones lost her life.

CSX argued that the operator could not use emergency braking because he feared it would derail the train – and that the crew should not have been on the track in the first place, because they did not have permission to be there. The jury, however, disagreed, siding with the Jones family and Jeff Harris. They found that, among other things, the operators’ failure to alert dispatch or other trains that there were people on and near the tracks violated company policy, thus making CSX partially to blame in Sarah’s untimely death.

Furthermore, the jury found that Sarah Jones was not liable at all for the accident. Instead, they found that CSX bore 35% of the blame. “Twenty-eight percent at fault, according to the jury, is Randall Miller. He directed the film. They also found landowner, Rayonier Performance Fibers, LLC at fault along with two film producers and the assistant director,” as reported by Fox 8 Live.

“No one wins in this situation,” said HLM Partner Jeff Harris, attorney for the Jones family. “Richard and Elizabeth would give anything to have their daughter back, to never have to go down this painful path. From day one, these amazing parents have been committed to ensuring life-saving safety measures are put into place across the film industry, so no other family has to endure the pain of losing a loved one to reckless and irresponsible decisions. Our firm’s mission is to give a voice to those who have been significantly harmed by the careless actions of others, and to work toward real, meaningful change that helps companies, like CSX, learn from mistakes and emerge better – doing more – to operate safely.”

At HLM, we know that no amount of money is every going to make up for the loss of a loved one, and especially not your child. We understand how these victories are losses, too. But we also know that they only way to effect lasting change is to hold the negligent parties accountable for their actions, so that other families will not have to endure the same pain. That is why we fight on behalf of those who have sustained grievous harm or injuries because of someone else’s negligence. To learn more about us, or to speak with a skilled wrongful death lawyer, please contact us, or call our offices: 404-961-7650 in Atlanta, and 912-651-9967 in Savannah.