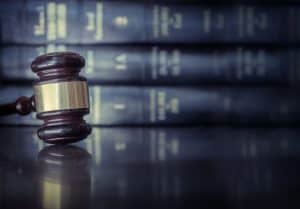 The families of stunt pilot Alan Purwin and Carlos Berl both filed individual wrongful death lawsuits against Imagine Entertainment, Vendian Entertainment and Cross Creek Pictures, after Purwin and Berl died on the set of the new Tom Cruise movie American Made. Neither family named Cruise nor director Doug Liman in the lawsuits, though the families allege negligence by both men.

The twin engine Piper Smith Aerostar 600 crashed about 10 minutes after it departed. Both Berl and Purwin died at the scene, while the third pilot, Jimmy Lee Garland, survived. As a result of the crash, Garland has been left with no feeling in the lower half of his body.

As of October 10, 2017, Berl’s family settled their lawsuit. Purwin’s lawsuit is still pending.

The basis for the wrongful death claim against the producers

The family of Mr. Purwin claims that the producers were negligent for the following reasons:

The family said that while the Mr. Purwin had a good working relationship with Tom Cruise, the demands of the movie project were unreasonable. PEOPLE reports “The demands of filming in Colombia, together with Cruise’s and director Doug Liman’s enthusiasm for multiple takes of lavish flying sequences, added hours to every filming day and added days to the schedule.”

The wrongful death lawsuit also asserts that Tom Cruise could have flown the plane because he is a pilot, and that the length of the days was partly at his insistence.

The families of the two deceased victims and the pilot are also suing each other for claims that they caused the crash or were negligent.

On-set injuries can have devastating consequences

35 years ago, actor Vic Morrow and two children died during the filming of a Twilight Zone movie. Safety precautions were supposed to have been established to avoid another air crash, but aerial stunts still lead to deaths: five people died in a helicopter crash during the filming of Delta Force 2; a pilot died while filming a Black & Decker commercial (his co-pilot was none other than Alan Purwin). The list of on-set injuries and deaths while filming is so long, it has garnered its own Wikipedia page.

Of course, airplanes and helicopters are not the only way an actor or stunt person can be grievously injured or killed. Vehicle crashes and falls are the most common, as evidenced by the death of Joi “SJ” Harris on the set of Deadpool 2, and of John Bernecker, who died while filming The Walking Dead. Earlier this year, HLM obtained a verdict of $11.2 million for the family of Sarah Elizabeth Jones, who died after being hit by a train while filming Midnight Rider.

At Harris Lowry Manton LLP, our lawyers are skilled trial attorneys known for our extensive experience and track record of success. You can contact us by calling 404-961-7650 in Atlanta, 912-651-9967 in Savannah, or by filling out our contact form.