The story of opioid over-prescription, addiction and overdose crisis in the United States today started at least a century ago. The roots of the crisis extend to a German university laboratory, where scientists in 1916 looked to replace Bayer AG’s popular mass-produced painkiller – heroin. It was there that oxycodone was born.

In 1996, Purdue Pharma LP patented and released to the market a new long-acting form of the drug and called it OxyContin. In five years, sales soared from $40 million to $1 billion. The company marketed the drug as far less addictive than other opiates – under 1 percent of users might get hooked, Purdue said, according to an American Journal Public Health article republished on the National Institutes of Health website.

In 1999, as OxyContin was becoming a choice drug for pain, the medical community paradigm shifted toward more liberal narcotic use in response to the Veterans Health Administration “Pain as the Fifth Vital Sign” campaign. The program received support from some other patient advocacy groups as well. Doctors responded and drug companies benefitted.

Marketing campaigns–some quiet, some, like Purdue’s, loud—encouraged doctors to use narcotics for non-fatal long-term pain related to arthritis, fibromyalgia, dental work, carpal tunnel and other medical conditions. The privately-owned company’s OxyContin sales account for most of the $3 billion in revenue for 2015, according to Forbes Magazine.

The combination of the shift in attitude and aggressive marketing produced a deadly addiction epidemic that seems, in hindsight, predictable. Consumer spending on narcotics has quadrupled since 1999, the Centers for Disease Control says.

Also, 40 Americans die every day from overdoses of a prescribed opioid, the CDC said. One in 550 patients with chronic pain who take prescription opioids long-term die within two and a half years of getting their first prescription filled, the CDC said.

The grim statistics didn’t stop Purdue and other opioid-makers from promoting drugs and filling orders.

Purdue’s off-label marketing to doctors included misleading them with false studies of positive treatment outcomes. Those marketing efforts ended in a massive settlement with the U.S. Department of Justice in 2007. In all, Purdue Pharma L.P. and Purdue Frederick Company, Inc. paid about $634 million for the alleged scheme to mislead doctors about the drug’s low addiction rate to boost prescriptions and thus, sales.

Insys Therapeutics Inc. Among Those Under Investigation

Purdue is not the only company caught pushing doctors to prescribe its narcotics. Insys Therapeutics Inc. has half the market share for its sublingual spray made of fentanyl but is under investigation by state and federal officials for the drug company’s marketing practices, according to a U. S. Securities and Exchange Commission filing.

Insys settled claims in August with the Oregon Attorney General and paid $1.1 million for allegedly deceptive off-label marketing practices of their drug Subsys. The attorney general there said Insys gave unqualified doctors financial incentives to prescribe the drug for mild pain. Subsys is only approved for cancer patients whose pain cannot be controlled by morphine. Other state attorneys general are investigating similar claims.

In February, a saleswoman for Insys pleaded guilty in U.S. District Court in Alabama to violating federal kickback laws and scheming to encourage doctors to prescribe Subsys. Two doctors were also arrested in the case. They allegedly prescribed the drug to non-cancer patients in exchange for well-paid speaking engagements and other financial incentives. Another doctor was arrested on similar charges in Michigan.

Cephalon Inc. paid $425 million in 2008 to resolve whistleblower lawsuits by former medical sales representatives and others who alleged the drug-maker marketed three drugs for off-label use, the Justice Department said. Among them was the opioid Actiq, which federal regulators approved for treating cancer patients. To boost sales, Cephalon sales staff allegedly sold doctors on the idea that Actiq was also a good painkiller for migraines, injuries, dental work and for patients about to have dressings changed.

Aside from prosecutors, other federal health officials, public interest groups and attorneys for victims are still attempting to find a fix for the masses of opiate addicts. Using state and federal consumer fraud laws, state attorneys are suing pharmaceutical companies for misleading doctors in off-label marketing campaigns carried out by sales representatives.

The Federal Drug and Food Administration this month ordered a black box warning on all narcotics labeling, the strongest government-issued warning possible, the agency said. Federal spending on addiction prevention has reached $1 billion.

While many physicians maintain a pre-1990s attitude of ultra-conservative narcotics use for their patients, many do not. CDC Director Dr. Thomas Frieden believes its guidelines announced March 15 aimed at primary physicians will help. The 12-point guidelines include promoting alternative therapy for chronic pain, such as physical therapy and exercise.

“When I went to medical school we had exactly one lecture on pain. And in that lecture the professor said if you give an opiate to a patient in pain they will not get addicted,” Frieden said in a press conference call with journalists. “He was completely wrong.”

Harris Lowry Manton attorneys have extensive experience with whistleblower and false claims act cases. Call us toll-free at 404-961-7650 or fill out our online contact form. 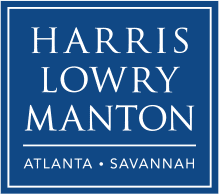