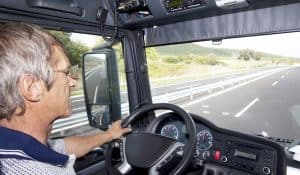 The nationwide opioid epidemic has taken a significant toll in the lives of Americans, and that includes truck drivers. Truck accidents caused by drivers impaired by drugs devastate the lives of everyone involved. Last year, the U.S. Department of Transportation (DOT) announced a rule that would revise the current drug and alcohol testing regulations to include four, semi-synthetic drugs: hydrocodone, hydromorphone, oxycodone and oxymorphone. These changes took effect on January 1, 2018.

The four synthetic opioids were added to the drug screening panel because the Department of Health and Human Services reports that these are the prescription pain medications that are most commonly used without a prescription.

A Georgia truck driver was declared an imminent hazard for causing a drug and alcohol use related accident. The driver called for emergency medical assistance from the cab of his truck after using a Schedule II controlled substance. This truck driver also admitted to having used the substance earlier in the week and that he had not slept for five days because of the drug, but he continued to drive his truck. A month later, this driver was responsible for causing a chain reaction crash when he struck the rear end of a car that had stopped in traffic. He was found guilty of drunk driving in that incident. The FMCSA revoked his commercial driver’s license.

Truck drivers have a legal obligation to drive safely, and that includes not using illegal substances before they get behind the wheel of a large commercial truck. It is illegal for any driver to take illegal drugs before driving, but for a truck driver, driving is his or her means of employment. They must comply with their employer’s rules, and with the laws and regulations governing the operation of a commercial vehicle, or their licenses can be revoked.

Trucking companies are responsible to hire capable, trained and responsible drivers who can be trusted to transport materials and share the road safely with other drivers. They are required by law to screen drivers for drugs that can impair their ability to drive safely. When a truck accident occurs because a truck driver was impaired by drugs, the driver’s employer might also be held responsible.

Drugged driving is negligent behavior. When a truck driver causes an accident that results in injury or death, they can be held responsible for the losses of those who were injured or lost loved ones.

Those injured in truck crashes have the experienced trial attorneys at Harris Lowry Manton LLP, to help recover compensation for their losses and gain the greatest possible legal justice. To arrange a no-obligation consultation, you may give our firm a call at 404-961-7650 for our Atlanta office, or in Savannah at 912-651-9967. You can also complete our contact form today.