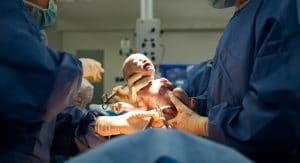 More than two million Americans suffer from opioid use disorders. Although the exact numbers are not known, anecdotal evidence and news reports indicate that at least some percentage of those 2.1 million Americans are pregnant women.

A woman who uses drugs, especially opioids, during her pregnancy may given birth to a child with neo-natal abstinence syndrome, or NAS. The effects can last for months, and can potentially lead to permanent injuries or even the death of the baby.

That is why lawyers from around the country are pushing for a separate track in current multidistrict legislation on behalf of “opioid babies,” whose unique needs and medical concerns have incurred additional costs in the fight against the opioid crisis.

A brief look at the multidistrict litigation (“MDL”)

Lawsuits against opioids manufacturers are being filed throughout the country, but the one we want to focus on is the National Prescription Opiate Litigation, an MDL in Ohio. More than 400 cases were transferred to Ohio’s Northern U.S. District Court, and consolidated into the MDL. Plaintiffs included in the multidistrict litigation are cities, counties and states, though some of these entities have filed their own separate lawsuits.

Within the multidistrict litigation, there are separate “tracks” to ensure that all groups who have been affected by the crisis are given consideration. They allow the attorneys for the plaintiffs to test out legal theories that could better serve the groups. For example, attorneys representing Native American tribes “want to make sure that the tribes’ distinctive characteristics — including many tribes’ extensive funding through the federal Indian Health Service and the particularly harsh impact of the epidemic on rural tribes — are addressed by the court.”

Creating a separate track for babies born addicted to opioids

In May of 2018, attorneys argued for a separate track for babies born with neo-natal abstinence syndrome, citing a need for:

“’an irrevocable, court-administered, replenishing medical trust to which health care professionals providing NAS-related treatment or testing would submit invoices directly to the trust administrator for direct payment and data release. This trust would also pay for the cost of ongoing epidemiological research which will assist in the evolution of medical knowledge regarding latent health impacts of NAS.’ The filing also cited the need for direct compensation to victims. Some of that compensation would relate to out-of-pocket costs for opioid-weaning treatment after babies are born.”

The judge denied the bid in June, but now attorneys are relaunching that effort, claiming that “the current plaintiffs’ committee still has no dedicated representative for the babies born with neonatal abstinence syndrome and that it’s composed exclusively of attorneys for local governments and institutions whose interests clash with those of the babies.”

Neonatal abstinence syndrome (NAS) is not one single disease: it is a group of conditions arising from a baby’s dependence on prescription medication or illegal drugs. Opioids are most commonly associated with the condition.

According to the March of Dimes, the symptoms of NAS can include:

There are treatments available for babies born with NAS, but the symptoms can last for months, even once the treatment is complete. If the baby required medication – either to assist through the withdrawal, or to treat the symptoms after the withdrawal is complete – it can lead to considerable medical bills. This is why attorneys are renewing their bid for a separate track on behalf of opioids babies.

Harris Lowry Manton LLP is currently accepting cases on behalf of clients who have been injured due to another person’s opioid use, as well as on behalf of clients who have been overprescribed opioids. To learn more about our services, or to schedule a free consultation with an experienced Georgia injury lawyer, please call our Atlanta team at 404-961-7650 or our Savannah team at 912-651-9967. You can also fill out our contact form.