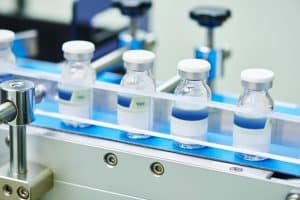 The Food and Drug Administration (FDA) recently announced that Pfizer is voluntarily recalling its opioid antidote Naloxone. The drug company Hospira, whose parent company is Pfizer, issued the recall “due to the potential presence of embedded and loose particulate matter on the syringe plunger.”

The recall affects single-use sterile cartridge units marked with lot numbers 72680LL and 76510LL in 0.4 mg/ml, 1 mL in, and 2.5 mL strengths. The Naloxone items affected by the recall were distributed between February 2017 and February 2018.

There have been no reported problems associated with the drug as of yet. However, CNN reports that Pfizer said, “In the event that impacted product is administered to a patient, the patient has a low likelihood of experiencing adverse events ranging from local irritation, allergic reactions, phlebitis, end-organ granuloma, tissue ischemia, pulmonary emboli, pulmonary dysfunction, pulmonary infarction and toxicity.”

Naloxone, which is sold under the brand name Narcan, has become popular over the past few years for its role in the nation’s opioid crisis, as a single dose of the drug can rapidly reverse the symptoms of an opioid overdose. The rescue drug is widely carried by emergency personnel, ER doctors, paramedics and first responders. Family members of people addicted to opioids or prescription medication can also have naloxone on hand in the event of an overdose. In the past, this drug was only available in hospitals.

The three currently available forms of naloxone are injectable vials, auto-injectable devices and a nasal spray.

Naloxone was developed in the early 1960s and is a drug with almost no side effects that stays in a person’s system for only 90 minutes. “The sooner the drug is given, the better the result, because the brain of a person who isn’t breathing is being deprived of oxygen,” explained Dr. Thomas Waters.

Naloxone acts as an opioid antagonist, “meaning that it binds to opioid receptors and can reverse and block the effects of other opioids. It can very quickly restore normal respiration to a person whose breathing has slowed or stopped as a result of overdosing with heroin or prescription opioid pain medications.”

Fortune noted the naloxone recall is another “black eye” for Hospira. The company has suffered production slowdowns, losses due to Hurricane Maria, lawsuits and staff cuts in the recent past. And, because Hospira and Pfizer control the majority of the injectable market, when they have a recall, it can have a huge effect on nationwide medical facilities.

At Harris Lowry Manton LLP, our defective medication attorneys have decades of experience helping clients injured by dangerous drugs or products. Our lawyers have the experience and tenacity to work through the nuanced details of product liability cases. Call us today at 404-998-8847 at our Atlanta office, or in Savannah at 912-417-3774, or fill out our contact form.