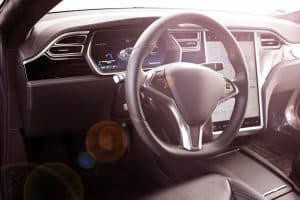 A 37-year-old man, Son Nguyen, is suffering from the results of a Tesla car factory electrical explosion that left him with severe burns over large portions of his body. He has sued the automaker, alleging the company disregarded his safety by placing him directly in path of danger for the express purpose of increasing productivity without regard for human life.

As a contractor at Tesla’s Fremont, California factory, Nguyen was caught in an arc flash explosion that propelled him backwards 15 to 20 feet and set his body on fire.

In the complaint filed by Nguyen on May 21, 2018, he claims that the aftermath of the explosion has left him with permanent orthopedic and neurological traumatic brain injuries, in addition to other permanent and catastrophic injuries.

According to a piece in the Legal Reader, he alleges that the burns he received in the incident could have been avoided if Tesla had shut off electricity to the equipment he was working on, which would have also temporarily paused production.

Close to a year after the incident, Nguyen’s body is covered with scars and skin grafts. He continues to experience consistent pain from his burn injuries. He has suffered the amputation of his pinky finger and suffers from horrible nerve pain. He also wears a compression garment that extends from his head to his knees.

Allegations against Tesla in the lawsuit

Nguyen’s lawsuit against Tesla claims that the car manufacturer uses outdated, unsafe and used equipment in its manufacturing processes that foster a hazardous working environment.

According to the complaint, Tesla “prioritized production numbers over the safety of workers, did not want to disrupt production activities at the Tesla plant, even though defendants, and each of them, had specific knowledge that de-energization of the busway was a proper safety precaution for the safety of Plaintiff and Plaintiffs employer in performing electrical work at the worksite.”

Tesla issued a statement that placed the blame on Mark III Construction, Nguyen’s direct employer. The statement alleges that Mark III Construction failed to follow “proper safety protocols and regulations.” Per the Legal Reader, Tesla’s statement went further: “We have extensive protocols to prevent electrical safety injuries, and these protocols must be followed by everyone in the factory, including third-party contractors.  Unfortunately, that did not happen in this case.  We have since imposed even stricter controls, and no similar incidents have occurred.”

Mark III Construction was also cited by safety officials of California’s workplace safety agency for specific violations after the accident. The agency fined the company $52,800 for violations including failing to provide workers with protective equipment and clothing and allowing an unqualified individual to work on energized equipment without the benefit of supervision. The fine was also imposed for failing to provide a proper barrier to protect inadvertent contact with energized components.

President of Mark III, Dan Carlton, said, “We learned a lot, and it was a horrible accident.”

The lawsuit alleges, however, that Tesla was in control of the contractor as well as the site’s safety conditions. Nguyen alleges that the company made him work on energized equipment with knowledge of the likely dangerous consequences involved for him and others.

The incident left Nguyen in the hospital for two months as he had skin taken from his back and thighs and engrafted to his chest, arms and neck. His injuries were so devastating that he was not able to use his hands until six months after the explosion. Nguyen’s lawsuit includes a request for punitive damages based on Tesla’s “conscious disregard for the rights and safety of others.”

The Georgia catastrophic injury attorneys at Harris Lowry Manton LLP understand the physical, emotional and financial devastation severe burn injuries can cause. If you are suffering from a burn injury caused by another party, we can fight on your behalf to hold those responsible accountable in the form of compensation for your pain, scarring, medical bills, wage losses, disfigurement and any other applicable damages. To get started with a free consultation, call our Savannah office at 912-651-9967, our Atlanta office at 404-961-7650, or send us a request through our contact form.