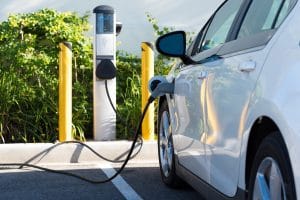 According to a company press release, Ford Motor Company is recalling nearly 50,000 EV charging cables in the United States due to a fire risk.

In a statement issued August 22, the company warned consumers that using the 120-volt cord with an outlet that is damaged, worn out or not on a dedicated circuit can raise the temperature on the wall outlet, potentially leading to a fire.

The affected vehicles are as follows:

In its statement, Ford said that the company is “aware of some fire reports,” but no injuries as of yet have been linked to the recall. USA TODAY reports that Ford “says it has reports of four fires involving C-Max cords, but no injuries. In three of the fires, owners used extension cords, which Ford says it tells owners not to do. In the fourth fire, Ford says the cause was inconclusive but it does not believe the blaze was related to the cord.”

Dealerships will replace the cords on affected vehicles with the most recent version of the 120-volt cord, which includes a thermo-sensitive device known as a thermistor. Per Ford, a thermistor can identify over-temperature conditions at the plug/outlet interface and will discontinue charging until the temperature decreases to an appropriate level.

What should I do if my car is affected?

If your car is among the recalled vehicles, you should receive a notice via mail. Ford is also reminding vehicle owners about the standards for proper wall outlets and not to use extension cords “under any circumstance” to charge their vehicles.

Here are some other things you can do as the owner of an affected vehicle:

Although as of this writing no injuries have been reported, auto defects can be extremely dangerous to consumers. When a car defect causes an accident or injury, our personal injury attorneys have two goals – to get you the compensation you deserve and to ensure nobody else is injured by a defective vehicle.

If you were injured because of a defective vehicle, talk to the product liability attorneys at Harris Lowry Manton LLP today. No company or manufacturer should ever put profits over the safety of customers, and when you suffer an injury because a company wasn’t rigorous with their safety testing, we will help hold that company accountable.