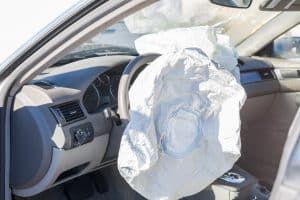 Automobile manufacturer Mazda has recalled some 270,000 vehicles fitted with defective Takata airbags that are at risk of exploding during deployment. Mazda previously recalled these vehicles in response to the same potentially dangerous issue. However, at that time, the automaker replaced the defective airbags with new airbags that had the identical problem, due to a shortage in parts.

During the current recall, technicians will replace the defective airbags with new, properly designed airbags.

Mazda’s recall website indicates that the airbags under the recall are defective and dangerous, posing a threat to passengers and drivers. These airbags have the potential to deploy with excessive force, resulting in an explosion that delivers metal shrapnel into the cabin of the vehicle.

The automaker is urging owners of the affected vehicles to take action immediately to have the proper repairs made, which will be completed at no cost to the customer.

Below is a list of the vehicles affected by the current recall of the defective Takata airbags:

The global Takata airbag recall has affected approximately 125 million vehicles to date. Approximately 42 million of these vehicles were sold to customers in the United States.

An estimated 50 million air bag inflators have been recalled in the U.S. over the last several years. There have been 180 injuries and 22 deaths as a result of the Takata airbag design defect. This highly publicized defect, which resulted in the largest auto-related recall in history, eventually led the company to file for bankruptcy protection.

In February 2018, Ford Motor Co. issued a warning to some 33,000 owners of older Ford pickup trucks to cease operating these vehicles until their faulty Takata inflators can be removed and replaced. This warning was issued subsequent to the death of a second person in a 2006 Ford Ranger resulting from a defective Takata inflator. All of the other 20 deaths pertaining to faulty Takata airbags occurred in Honda vehicles. In March 2018, U.S. Senators proposed a congressional hearing to investigate the defective airbags and the various recalls that have occurred.

The Georgia product liability attorneys at Harris Lowry Manton LLP understand you may be going through significant pain and suffering due to an injury caused by a defective auto part, including a faulty airbag. Our team has the skills and experience to handle your claim effectively. We will fight vigorously to help you secure the financial compensation you are owed. To explore your options with a free consultation, give us a call today in Atlanta at 404-961-7650 or in Savannah at 912-651-9967. You may also send us a consultation request through our contact form.