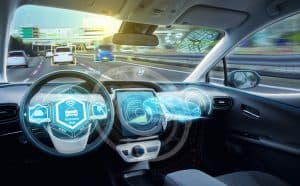 Around 10:00 pm on March 19th, a self-driving Uber vehicle in Tempe, Arizona struck and killed 49-year-old Elaine Herzberg as she crossed the street. This is believed to be the first fatal car crash involving a fully autonomous vehicle. The National Transportation Safety Board as well as the Tempe Police Department are currently investigating the crash. Here but here is what multiple news outlets have reported so far:

As of this writing, Uber has suspended its testing of autonomous vehicles in Tempe, Phoenix, Pittsburgh, San Francisco and Toronto.

The technology behind self-driving vehicles

Autonomous cars rely on sensors, connectivity and software algorithms to determine their course of action. The sensors and cameras track everything that is happening on all sides of the car at all times. This information, along with updated data regarding weather patterns, construction, road maps, location of other vehicles, etc., is then fed into the software. The control algorithms use the data to determine how to steer, whether to brake or slow down, and which routes to take.

Uber’s self-driving cars have a problem with pedestrians

For many reasons, it is far simpler for autonomous vehicles run safely and effectively on highways and interstates. Per CNN, identifying pedestrians and cyclists has been problematic for self-driving cars, and so local highways and roadways pose a greater risk of a crash. In 2016, the San Francisco Examiner published a video that appears to show an autonomous Uber car running a red light: “About three seconds after the light turned red, an Uber self-driving car can apparently be seen traveling through the red light at moderate speed as a pedestrian walks across the intersection on the right side of the intersection.”

In that incident, just as in the one in Tempe, the backup driver did not appear to hit the brakes.

“Earlier this month, Arizona Governor Doug Ducey updated an executive order to allow self-driving cars to drive on state roads without a test driver behind the wheel,” CNN reports. Regulation has been kept to a bare minimum for autonomous vehicle testing. As the New York Times puts it:

Much of the testing of autonomous cars has taken place in a piecemeal regulatory environment. Some states, like Arizona, have taken a lenient approach to regulation.

Federal policymakers have also considered as lighter touch. A Senate bill, if passed, would free autonomous-car makers from some existing safety standards and pre-empt states from creating their own vehicle safety laws. Similar legislation has been passed in the House. The Senate version has passed a committee but hasn’t reached a full floor vote.

Minimal regulation may be encouraging to automakers, but it puts the rest of us in danger – especially if legislation reflects that bare minimum. If the House and Senate bills come to fruition, Georgia would be unable to pass stricter laws, designed to protect other drivers, pedestrians and riders, when it comes to self-driving cars.

Furthermore, what little legislation that has been passed at a federal level is woefully inadequate. Georgia’s own legislation is also potentially dangerous, as it does not address any issues of liability, either.

At this time, it is unclear who will be held liable for the fatal crash. Will it be Uber? Will it be the backup driver? Will it be some combination of both? Now that there are fully autonomous vehicles being tested on the roads, we need current legislation and regulations that protect people while encouraging innovation – not the other way around.

What happened to Elaine Herzberg is a tragedy, but it is one we must strive to avoid in the future by ensuring that people’s safety always comes first. Harris Lowry Manton LLP supports legislation and regulations designed with people’s welfare in mind, and will fight to protect injury victims throughout Georgia. If you have been hurt in a car crash, or injured in a collision involving an autonomous vehicle, our firm has the resources to handle such a complex claim. To arrange a no-obligation consultation, call us at 404-961-7650 at our Atlanta office, at 912-651-9967 for our Savannah office, or fill out our contact form.